Scott Myers has defeated the desert in order to become the winner of the first ever KTM ULTIMATE RACE.

After six days of racing in the Moroccan sands as part of the Merzouga Rally against eleven other KTM ULTIMATE RACE qualifiers on equally prepared KTM 790 ADVENTURE Rs, it was the 50-year-old from the USA who tasted victory.

Entry to the KTM ULTIMATE RACE was available to any rider who took part in one of the six KTM ADVENTURE RALLIES held during 2018 and at the start of this year. The special qualification events tested the riders to show if they had the excellent machine control, navigational skill and competent mechanical ability required in order to line up on a rally-prepared KTM 790 ADVENTURE R for a special class held within the Merzouga Rally. 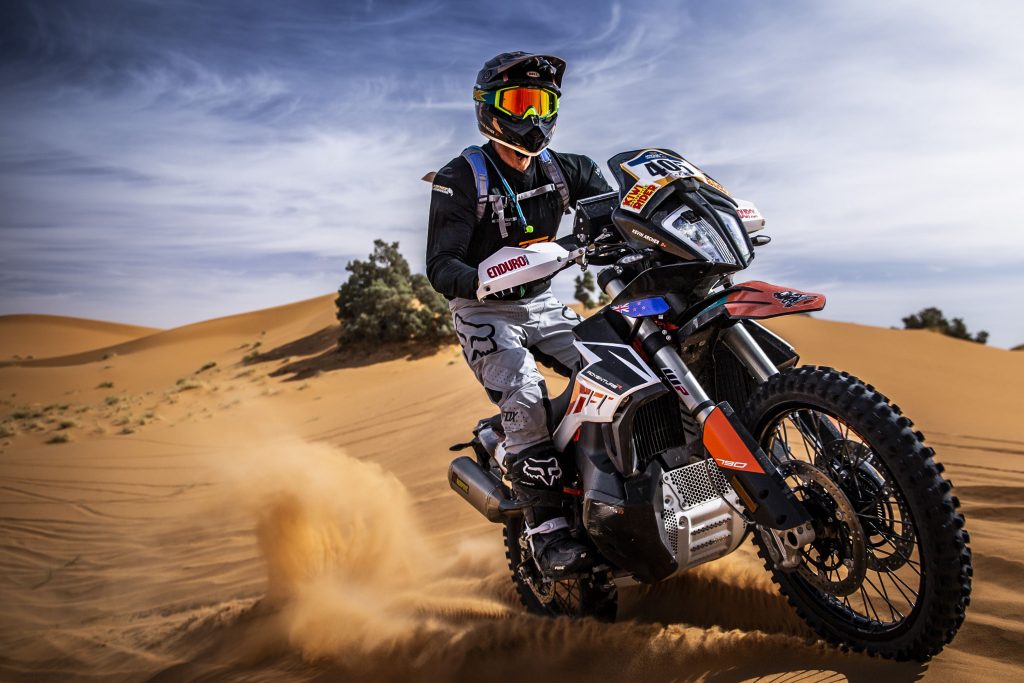 Only the top two riders from each event would be chosen and, further proving this was the opportunity of a lifetime for these KTM Adventure riders, they were supported like KTM Factory riders at the KTM ULTIMATE RACE. Backed up by four mechanics and 14 members of KTM staff, in the lead up to the event and throughout, the competitors were also coached by some of the world’s finest and fastest offroad riders like Chris Birch, Marc Coma and Quinn Cody.

The race began on March 31 with a short prologue and finished on April 5, with the KTM ULTIMATE RACE competitors having to cover five stages – including a marathon Stage 3 with an overnight in a bivouac and no outside mechanical support. In total, almost 1100 kilometres of hard offroad riding and navigating would push them to their physical and mental limits.

Myers was consistently in the top places for all stages and took the early advantage with victory in the prologue. Radek Burkat from Canada retaliated for the Stage 1 win and New Zealand’s Kevin Archer fought strongly to take Stage 2. But it was Myers, again, who took the honours in the gruelling marathon Stage 3 and sealed the win with runner-up in Stages 4 and 5. 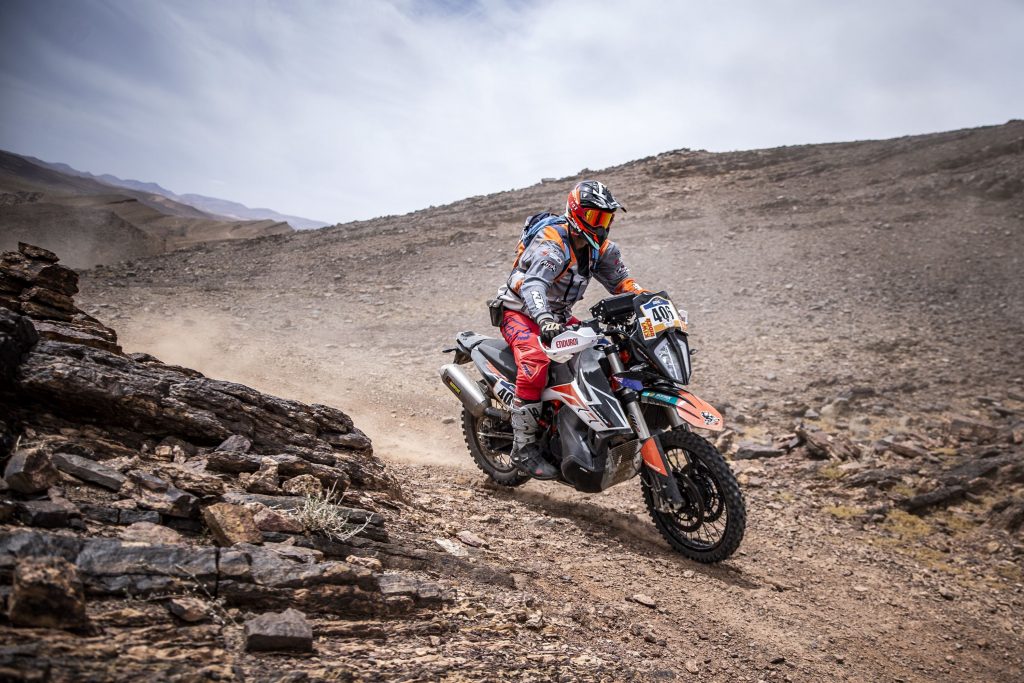 After an emotional conclusion to the race, not only does Myers have the honour of being the first ever KTM ULTIMATE RACE victor, he will also get to keep his race-winning machine along with receiving an all-expenses paid package for two people to see the 2020 Dakar Rally.

On finishing the race, Scott Myers (USA) said: “This is the best feeling in the world. You have no idea how happy I am right now. It was extremely tough, especially in the last stage. I just kept watching and thinking this has got to end! It was so hard. I was following Jordan (Huibregtse), he crashed, then he followed me, then I crashed. And we just kept doing that for the whole stage. But what an awesome experience. So cool.” 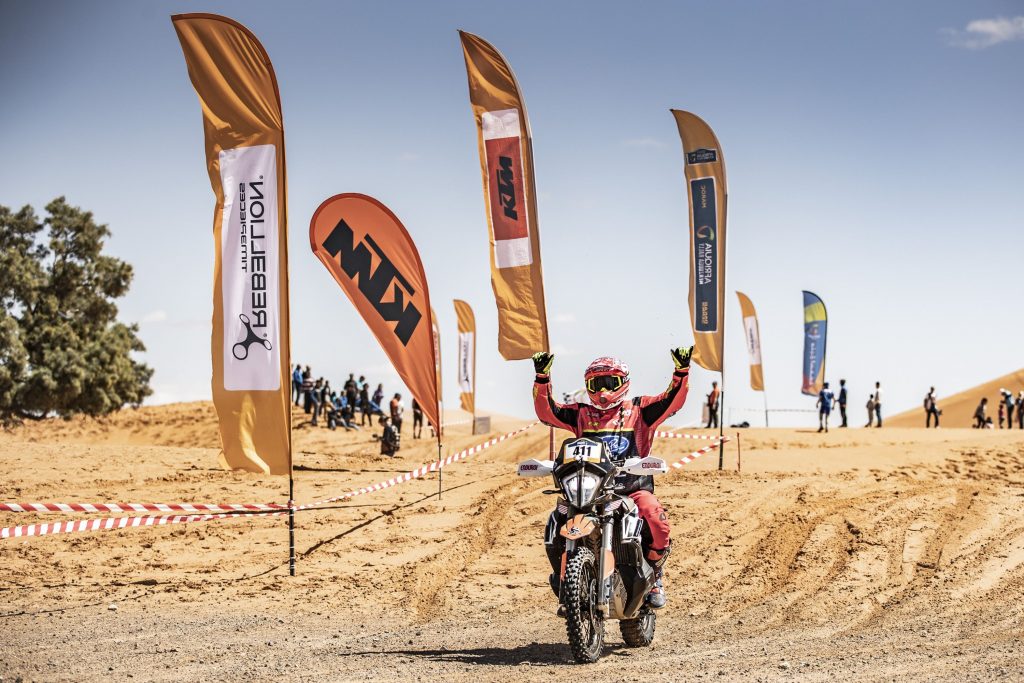 In second place and 59 minutes and 55 seconds back, it was Radek Burkat, 45, from Canada. He said: “That was awesome. Fantastic. I’ve never ridden anything like that in my life. Such an awesome event; the Merzouga Rally and the Ultimate Race. This is the epitome of adventure biking. Like the highest level. The pinnacle of cool stuff you can do with an adventure bike. Thank you very much.”

He was chased hard by Jordan Huibregtse, 27, from the USA who was just ten minutes further back to complete an all-KTM 790 ADVENTURE R podium, of course. He said: “It was a blast. Riding in Morocco on a KTM 790 ADVENTURE R with a bunch of great people from around the world. That’s an awesome experience. Seriously cool. I’m thrilled that I made it. Thrilled the bike made it and that I kept my podium spot.”

Hubert Trunkenpolz (CMO KTM AG): “The KTM ADVENTURE RALLIES and the KTM ULTIMATE RACE demonstrate what makes KTM Adventure riders different and that the READY TO RACE spirit is alive in our customers. I want to congratulate all twelve riders who took part, especially as the race was extremely tough on them and the KTM 790 ADVENTURE R. These are normal people and not Factory riders, but they saw the opportunity for an incredible adventure and tackled it head on.” 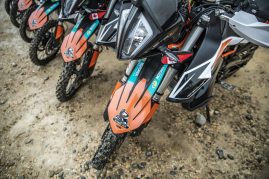 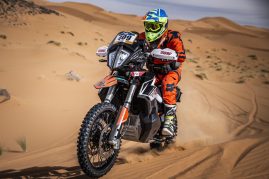 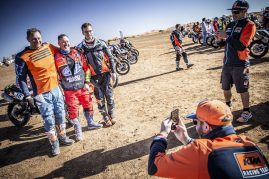 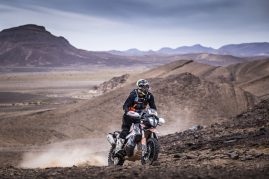 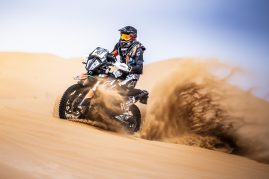 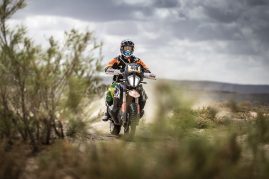 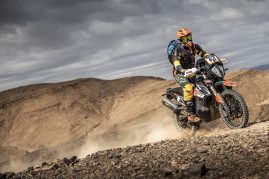 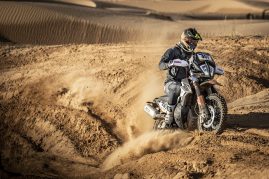 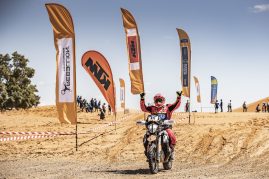 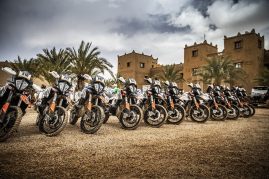 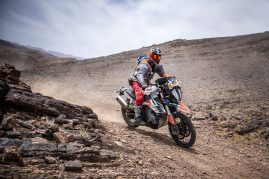 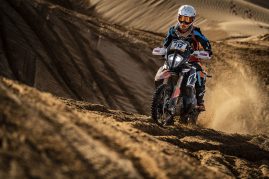 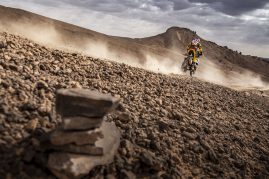 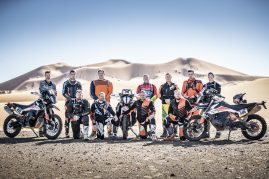 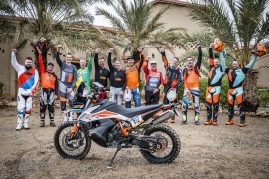 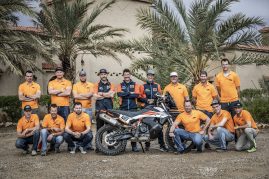 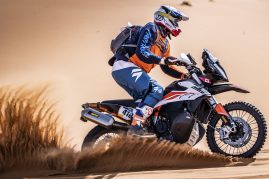 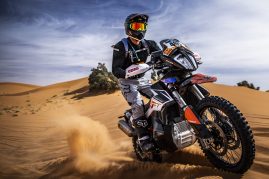