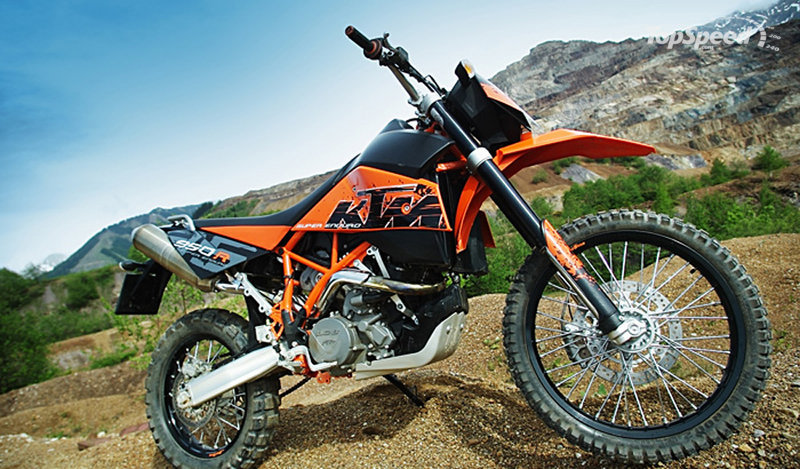 Ever thought about what a KTM 950 Super Enduro might look like converted to an EXC? Well, Chris Birch and his mate Will Dangar decided that they wanted to find out! Follow the progress of their SE to EXC Project and see how they plan to create this monster of a dirt bike!

Birchy and I have both discussed the KTM 950 Super Enduro on many occasions and we came close to adding one to our Sydney quiver some time last year.  For a good 950 SE you pay upwards of $20k as they are becoming rare and very desirable.  We discovered one that had seen better days and for not a lot of dollars picked her up in Melbourne.  As there had previously been a fair amount of modifications done to the bike we decided rather than return it to stock we would convert it to an EXC version and in doing so be able to shed upwards of 10kg off the stock bike.

After trawling the internet we came across several other similar projects and set about compiling a list of mods to deliver the look and performance we were after.

So far we have completed the following . . . 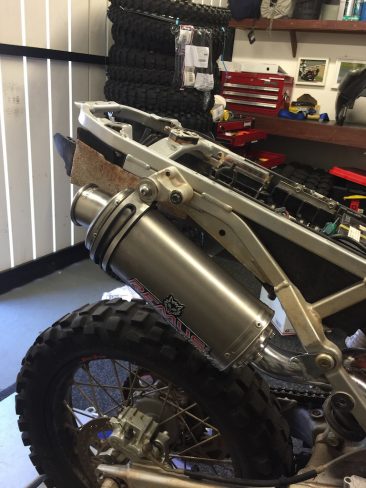 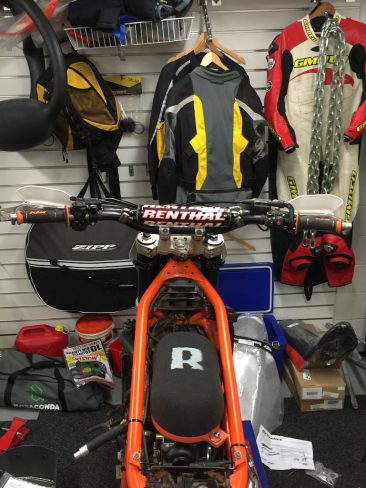 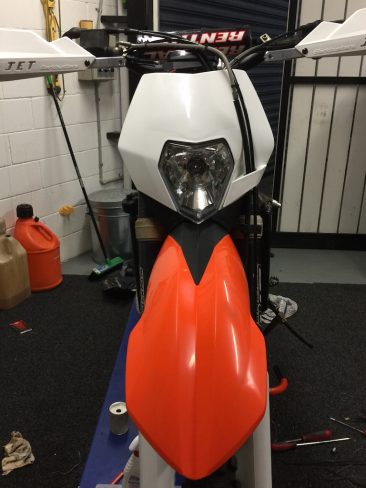 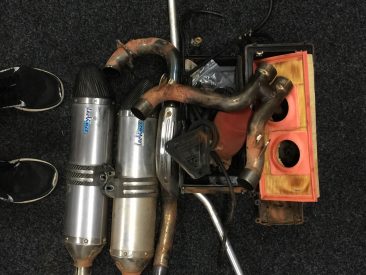 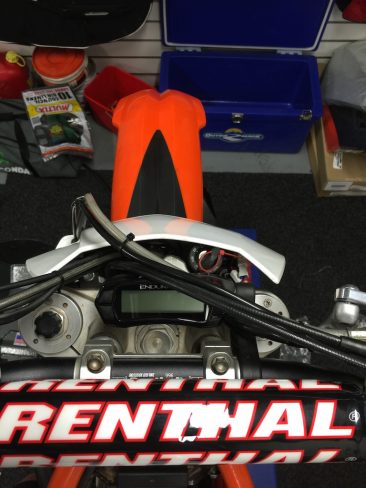 Over the next 2 weeks we will add the following mods, ready for a shakedown at the end of the month at the NSW stop on the KTM Adventure Training Series.

Chris’s thoughts . . . “In my mind The 950 super enduro is the best hooligans bike KTM has ever made. They are very raw, no fuel injection, no abs, no traction control, just a monster of a dirt bike. When Will found this bike online I knew with a few mods we could make something quite special. Not really an adventure bike in the true sense but something to really enjoy slaying tires with! I can’t wait to ride and hopefully race it!”