Australian Toby Price continues to show the world he is a force to be reckoned with, taking out the Stage 9 win at ‪#‎dakar2016‬.

Riding at pace from the very start, Toby confirmed that opening the way is visibly not a problem for him. However a portion of his hard work came to nothing when the organisers cancelled the stage after CP2, two thirds of the way into the stage, due to extreme heat that had affected previous competitors. Toby did complete the whole stage, before it was shortened, and won that convincingly as well.

KTM now sit 1-2 in the general standings, with Slovakian Stefan Svitko taking 3rd for the Stage, which sees him 24 minutes behind Price overall.

All the motorbikes and quads now go straight to parc ferme as today was the first half of the second marathon stage of this Dakar, which meant that none of the vehicles were allowed mechanical assistance from service crews at the bivouac.

Tomorrow, they face even bigger sand dunes, with the Fiambala dunes section that are set to provide the biggest challenge of the rally to date over 278 km. External temperatures today have peaked at 47 degrees centigrade – less than 10 degrees off the highest temperature ever recorded in the world, which was 56.7 degrees in Death Valley, California.

Toby Price – “I haven’t heard too much on the navigation and it all as yet on the stage. We’ve got through pretty good. We made a couple of little mistakes around the 100-km mark. We got a little bit lost but luckily we found the way point and got ourselves back on track and going again. Other than that, we’ve had a fairly decent day, a fairly solid day. It was just good that we didn’t get lost. It was definitely tricky navigation today. I still feel solid, I still feel really good. It’s definitely hot right now at the moment, but we’ll suit up again, get going, get some air flowing and it shouldn’t be too bad. It’s been a good day, I can’t complain. I get to the finishing line and then they cancel the rest of it… That’s a bit of a shame, but that’s the way it is. We’ll just have to wait and see and see what call they come up with. It’s a bit of a bummer for me… I have to get to the finishing line and I’ve done that, but they’ve called it. I guess that’s just the way it is. It’s job done today, but everyone’s got lucky since we’ve stopped at CP1 and CP2. We’ll see if it will be all good. The bike seems really good, really strong and still going really well. The mechanics have done a really good job over the lead-up to the race and during the event. I think we’re cruising along alright, so we can’t complain. For the lead over Paulo, maybe; maybe not… we’ll just have to wait and see for the decision”. 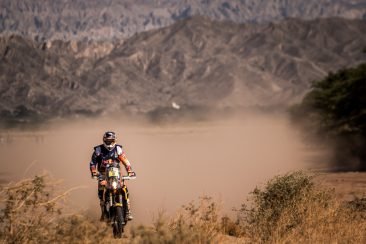 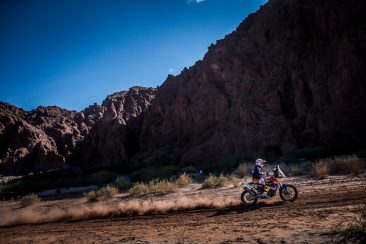 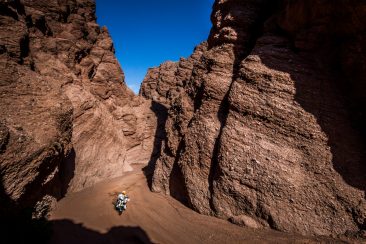 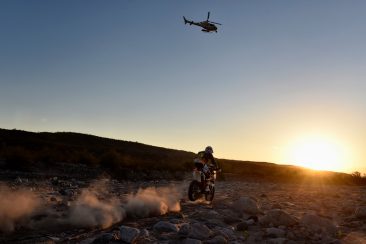 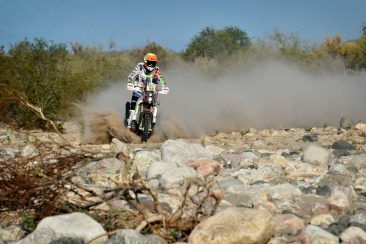 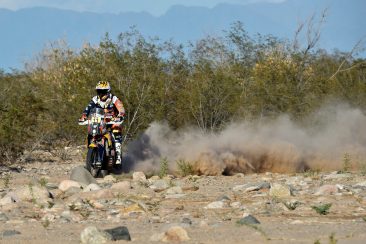 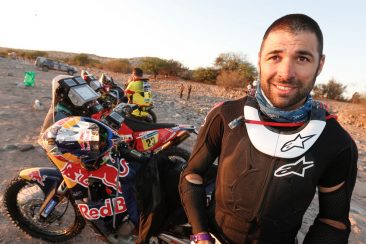 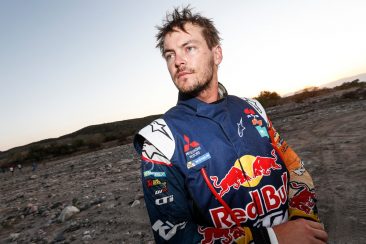 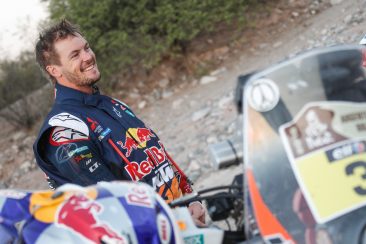