Since Ben Grabham and Brad Williscroft brought home a memorable 1-2 aboard KTM 505 XC-F machines in the 2009 running of the famous 480-kilometre desert epic, he and another KTM legend named Toby Price have held a virtual stranglehold over the event, Grabham going again in 2011, with Price winning in 2010, 2012, 2014 and last year going back to back for the first time in 2015.

The annual, two-day journey from Alice Springs south to Finke and back is an adrenaline fuelled blast that tests both man and machine to the limit. It’s a condition where KTM’s thrive.

Sadly for the opposition, things aren’t going to get any easier in 2016 as reigning Dakar Rally Champion and defending back-to-back Finke Champion Toby Price (having recovered from his recent back injury) will return for a record-equalling fifth Finke Desert race win.

He’ll be flanked by KTM Desert Racing team mate and 2015 Finke runner-up Tye Simmonds, who is in hot form with a last-start win at the Australian Off-Road Championships at Murray Bridge in South Australia.

The third member of the team is returning KTM team member David Walsh, the 26-year-old Alice Springs carpenter who himself has a pair of runner-up finishes (behind Price) to his credit, and would dearly love to upstage arguably the world’s fastest desert racer.

All three riders are currently in Alice Springs, testing and pre-running in preparation for the biggest event on the Australian desert racing calendar.

KTM’s combination of innovative design, proven reliability and passion to be the best has led to a level of success which is now widely recognised across the sport, and illustrated no more clearly than in the entry list for this year’s Finke Desert race.

The 172 KTMs entered in the 2016 Finke Desert race is exactly double the 86 machines of the next best represented brand.

For more information on KTM motorcycles visit www.ktm.com or www.facebook.com/KTMAustralia.

Toby Price – “The last few months have been really busy but Finke has always been there in the back of the mind. The back injury a month ago made it a close call, and unfortunately I haven’t done the preparation of previous years, but it’s good to be here now pre-running.
It’s the high speeds of this race, the crowd and the atmosphere that draws me back. You’re in the middle of the desert and there’re thousands of people there on the side of the track cheering you on. That’s the best part.
I was telling a couple of the blokes from Europe the other day how it’s an average of about 125 kph with a top speed of about 185-190kph and jaws just hit the ground – people don’t quite believe you. This year my Red Bull KTM Rally team boss Alex Doringer is here to watch, so he can see what it’s all about. Hopefully he doesn’t say I’m never allowed to do it again because of how crazy (it) is!

KTM is dominating everywhere from the world enduro championships to Dakar and the KTM Rally team, to AMA supercross and motocross, and then the Aussie results too. Here at Finke they bring out a good service to all the privateer guys, and the bikes are just easy to work on and they get the job done fast. That’s why KTM has double the entries of the nearest manufacturer on the entry list, which is cool to see.
Now that I’m in the Factory team, I can see that our teams are all just a big family and that’s what I enjoy most; it’s always fun to go away every weekend racing. It’s a business for everybody, but as long as you’re doing your job right, and giving your hundred percent, that’s what KTM wants.”

David Walsh – “It’s awesome to be back, the bike is just so easy to ride. The power delivery is so much better to use down the track, and they just handle so much better than anything else I’ve ever ridden down there. Grabbo is awesome – he’s been so helpful getting my setup right. I definitely think I can challenge my PB on this bike. I was running second last year until I had bike issues. I’m glad that Toby’s back here to do it, because he is a great rider who brings so much to the profile of the event. I’m really excited to take him on and hopefully I can beat him.”

Tye Simmonds – “This is definitely one of the biggest and best races in Australia and it’s completely unique. Last year I had no idea what to expect with the atmosphere and the lead up into the race, the whole town stops for the week up to the race. It’s great that Toby’s back, I get on really good with him, and have done ever since we started racing. We grew up racing motocross and supercross so I’ve known him pretty much all my racing career. He’s just such a different and unique human. After what he’s achieved with winning Dakar, he’s a superstar, but he doesn’t seem that way, he’s just the same Toby Price as he was last time we were out here. Some famous people change the way they do things, but Toby is still just a bush kid at heart, who always has time to say g’day to everyone.”

Ben Grabham – “As usual we’ve been up here working very hard with the boys. We’re coming off a lot of success in the last few years but we haven’t left any stone unturned either. Toby is back; he just loves Finke, and obviously he wants that fifth win which will tie him with Randall Gregory. He pushed very hard to make this happen and it’s going to be cool having him here. Tye got second first time out last year, and he’ll definitely be faster. He’s coming off some good results in the off-roads too, winning the last one outright. The new guy David Walsh, is actually not new to KTM; we were teammates on KTM back in ’09 and it’s been pretty cool getting him back on board. There is no doubting David’s speed, he’s run second to Toby twice in this event and he’s a pleasure to work with.

It doesn’t really surprise me how many people are lining up on KTMs now. I switched to KTM back in ‘09 because I knew they worked better, and since then they’ve only got better and more reliable again. You only need to look at the results between myself and Toby – we’ve won the last 6 out of 7 Finkes, which sort of speaks for itself. People might think it’s just because I work for them, but if I was a paying customer tomorrow and was going to ride a standard bike down the Finke track, I’d jump on a 500 EXC any day of the week just because I know how nice it is.” 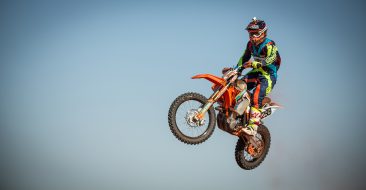 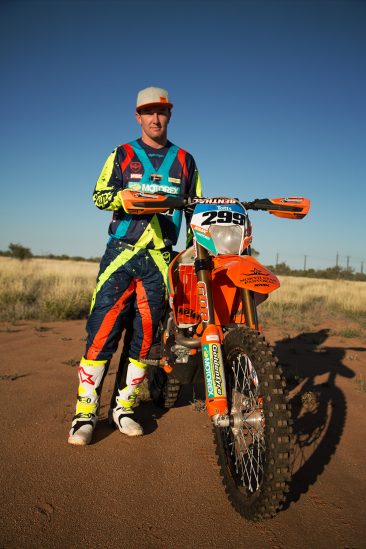 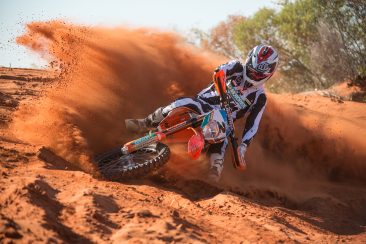 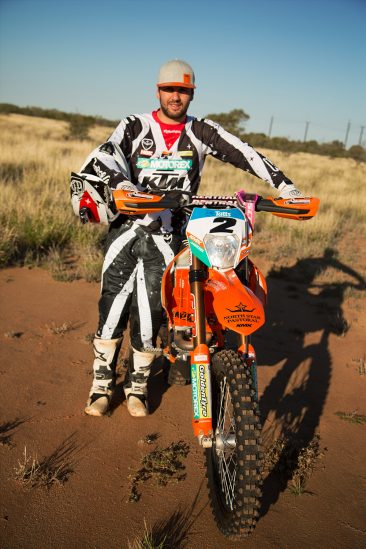 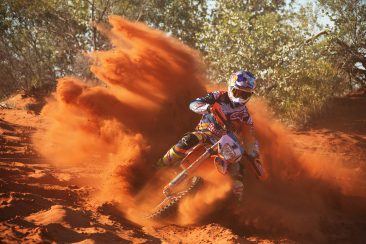 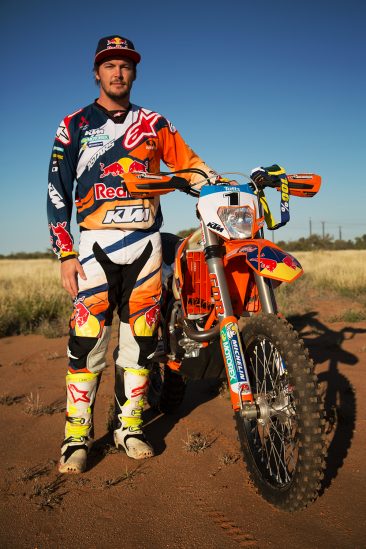