Toby Price and Jamie Whincup decided to beat the Surfers Paradise traffic by riding their beloved KTM 1290 Super Dukes to the Gold Coast 600 over the weekend. So, what are the chances that’d turn into an unlawful two-wheeled street fight? Fair to good.

Thanks to POV cameras, most of us have peered over the shoulder of guys like Jamie Whincup and Toby Price while they’re plying their trade. Whether you’re watching the reining Dakar Rally champ negotiate treacherous desert obstacles at obscene speeds, or the six-time V8 Supercar champ unleash 650 horsepower on a tight street circuit, it’s riveting stuff; vision that makes you realise just how close these guys live to the edge. But try to imagine Price and Whincup dawdling around in some suburban shit-heap, trying to obey soporific speed limits? Or worse still, sitting in gridlocked traffic. Not an image that springs easily to mind, right? Right. And that unpalatable thought provided the impetus for the two champs’ cunning plan for a two-wheeled commute to last weekend’s Gold Coast 600. 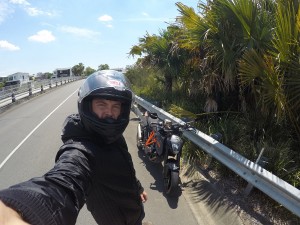 “Now that Jamie and I live pretty close to each other here on the Goldie,” Price explains, “we thought it’d be a good idea to jump on our Katos for a blat to the track and avoid getting caught up in traffic. I’ve got a KTM 690 Duke back in NSW, but the guys from Action Motorcycles here on the Gold Coast hooked me up with a 1290 Super Duke R because I know that Jamie’s got one of these beasts. Will Davidson and I ended up riding in to the track together one day, but Jamie went MIA all weekend. Maybe he got cold feet; thought it’d turn into a street race, and that I was going to show him up on two wheels. Who knows?”

So, what happened to Whincup? Did he really get cold feet? “Nah, Pricey’s is kidding himself,” Whincup says with a laugh. “He’s got it all wrong. The plan was to jump aboard the KTMs after the weekend’s racing, not before it. But then Toby held a house-warming party at his place on the Sunday night after the weekend’s racing, where we all got stuck in. I did some power dancing for about an hour, and then disappeared. Admittedly, I was still a bit dusty the following morning, so the ride with Toby didn’t materialise. In fact, on the Monday after any race meet, I tend to be pretty brain-dead and in need of a recovery day. Plus, I had to shoot down to Bathurst for some business. Don’t worry, though; both Toby and KTM’s 1290 SDR are big and powerful specimens who know how to have some fun, so we still plan to make this ride happen,” Whincup went on to say.

Renowned for his love of living life at a flat-out pace, Price sounds like he’s taken a real shine to the 1290 Super Duke R. “Mate, that is one amazing machine,” he says. “It’s like a combination of a supermoto and a superbike; a street fighter that turns heads like you wouldn’t believe. And it’s hard to put into words just how much power the thing’s got. Put it this way; a few months back when I was filming my segment for Moto 8 on a Northern Territory road with no speed limit, I got it up to 290 clicks. With a headwind! It’s super-agile and easy to control, but you really need to take it out to a racetrack to get a feel for its full potential. When I had it sitting out the back of the pits over the weekend at the Gold Coast 600, all the Stadium Super Truck and V8 drivers were absolutely frothing over the thing. I’m just hoping the boys from Action Motorcycles let me hang onto it for a bit longer. Or a lot longer!”

Over the Gold Coast 600 weekend, Toby Price went 4-3 for third Overall in the Stadium Super Trucks – his first Overall podium in the category – while Whincup put the controversy of the recent Bathurst 1000 behind him with an emphatic 2-1 scorecard, which kept his hopes alive for a seventh V8 Supercar title. 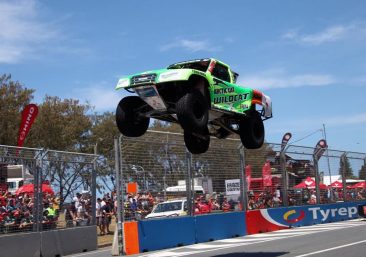 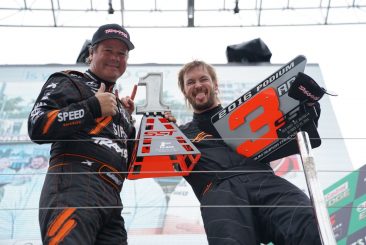 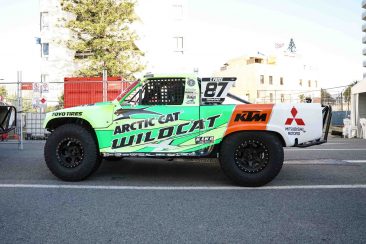 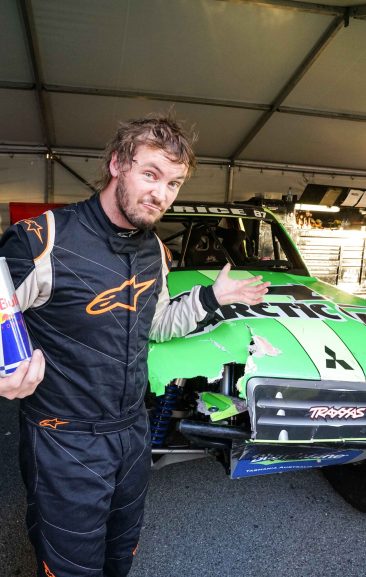 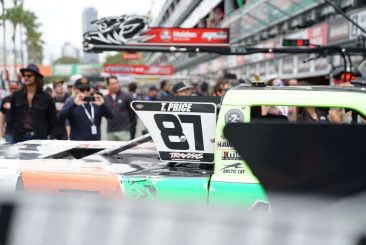 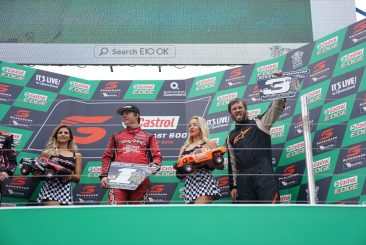 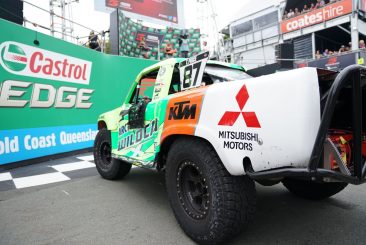