We met Warren & Anita Day in our very first featured RIDE KTM Rider Story – back in September 2015.  They had just completed an amazing 4,500km journey on a KTM 1290 Super Adventure – – riding from the KTM Factory in Austria through Germany, Switzerland, France, Corsica and Italy, over the course of 4 weeks.  Read the full story here.

Jealous much? We certainly were! Well, prepare to be once again inspired by this dynamic duo – – as they just did it again, but this time with a KTM 1190 Adventure R!

We had such a good time in 2015 that we decided that we would have to do it all again so we talked to Colin Duck and arrived at the factory on May 30th. Daniel Slupetsky was there with Harold Stark and his team and I had the bike ready to go by lunch with the GPS and mobile fitted to the bike.

Off to Überlingen! The ride was great with good roads and scenery plus a great lunch on the way at an excellent bäkerei. It’s the back roads and the little random spots you stop at that create a unique experience.

Our German skills were put to the test the next morning. Unfortunately, I didn’t stop and read the sign properly and so we rode along the foreshore for quite a distance to find out that the road was closed. No dramas, and it was a good ride anyway.

Mulhouse, France advertises that it has the largest motor museum in the world and I am inclined to believe it. They have an extraordinary range of vehicles in sensational condition that really are worth a look.

The next day was the start of a fast 3 day run to Barcelona for the Catalunya GP. It rained for a lot of the time and of course I had decided that the weather would be fine so I needed to find somewhere that sold warm gloves. As well, the 1190R had just clocked over 1000 km and was due for a service. I found the KTM dealer in Le Puy en Velay who was great. He managed to fit the bike in for a service even though it was pretty late in the afternoon and he had gloves and other things we needed. He also gave me maps of a whole bunch of great motorcycle rides in the region. What a find! 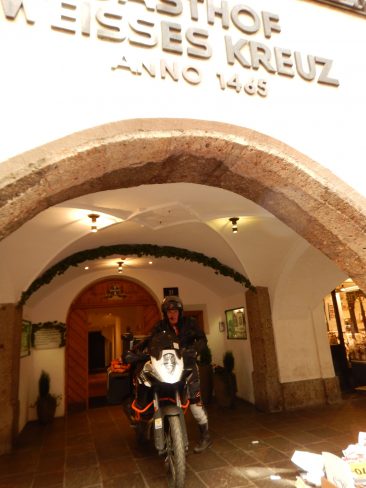 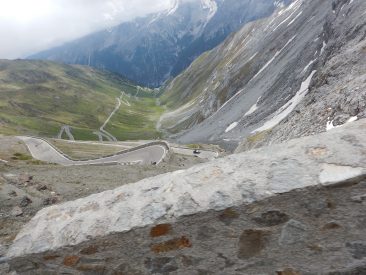 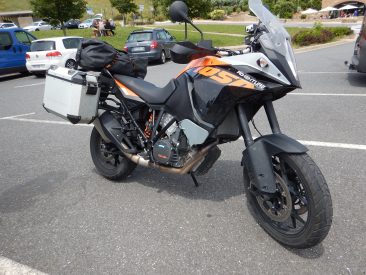 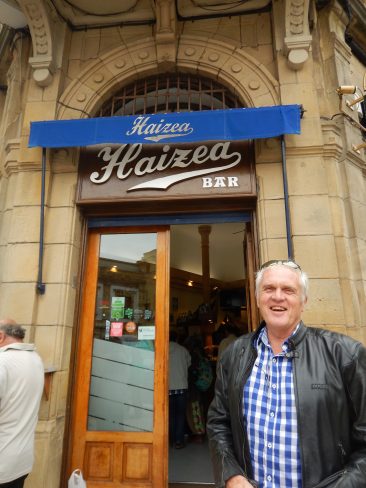 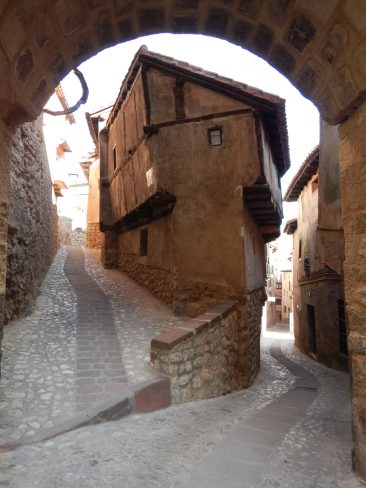 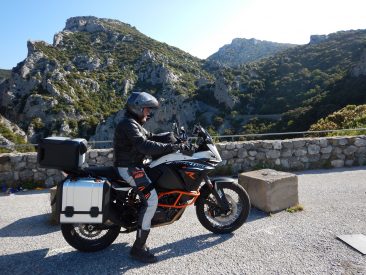 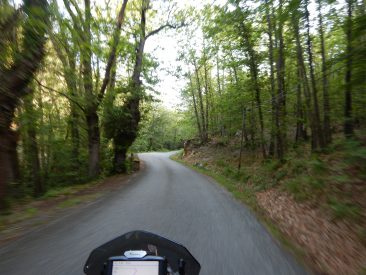 Wet again the next day, but the roads were terrific and included the Millau Viaduct which is a must-see for an engineer. While at the information centre cafe we met a couple from Mooloolaba who were travelling on a KTM 1050 Adventure that they’d picked up at the factory in early April.  What are the odds of that?

With the Garmin set to ‘curvy roads’ we saw some great country including a second run through the Gorges de Galamus that we’d done two years ago.

The girls on the side of the road in the forest in Spain were a real ‘eye opener’. If you get there you will know what I am talking about. Incredible.

The Moto GP at Barcelona was very different. Having attended many Moto GPs in the past I thought that I had seen everything, but the crowd in Spain was incredibly vocal and good natured and stood EVERY time that the leaders came past while cheering wildly. It was like attending a rugby match when the British Lions are playing.

Add Albaracín to your bucket list. It is advertised as one of the the two most beautiful villages in Spain and for good reason.

San Sebastian has the highest number of Michelin starred restaurants per head of population and there is no reason to miss out on great food. My recommendation is Bar Haizea. We don’t usually go to the same place to eat twice, but made an exception in this instance.

Back into France where we climbed the Dune du Pilat-a huge sandhill. This is a situation where motorcycle boots can be an advantage as we got up and back without filling our boots up with sand.

St Emilion was worth a few days and the food was again sensational. If you get there, try Clos du Roy. Bordeaux, the ferry to Royan, Saint- Palais-sur-Mer and then via Oradour sur Glane (look it up) to a converted 17th century farmhouse where the host made yet another delicious meal as well as great conversation.

More rain so we called in at the KTM dealer in Limoges for more wet weather gear on the way past Estang, etc to the L’Aguiole knife factory and great back roads to Najac. The Chateau is very impressive and the food was again sensational.

Our accommodation was superb and in a converted 12th century building. This is nothing like Australia!

More great roads, past the Millau Viaduct again, the Pont D’Arc, etc to a Chambre d’Hôte near Nyons. It was an organic vineyard where Dominique and Dominique (no kidding!) cooked wonderful meals served under the cherry trees.

The view over the vineyard was unforgettable. More great roads, mountain pass after mountain pass including a trip up Alpe d’Huez on the way to Briançon. That was our last night in France and we will go back to spend more time checking out the fortress.

More mountain passes and then onto some flat country in Italy to Stresa. We did Lake Como last year, so figured that we’d check out Lake Maggiore this time. It was nice if a little touristy. The 1190R spent a couple of nights in an underground carpark that had piped music and murals on the wall! It was parked between Ferraris, Bentleys, etc so was in appropriate company.

The weather was wet so the trip to Lugano in Switzerland was sedate. Plenty to look at though and Lugano is pretty (if expensive) but remember that Switzerland uses a different power plug. We had quite a battle finding one on the weekend.

Much has been written about the Passo della Stelvio with some saying it is great and others complaining about the traffic and constant switchbacks. It is certainly not the best place to go if you just want to fang up and down a pass, but if you want to see an absolutely incredible bit of scenery and an amazing road it is an unforgettable experience. The Hotel Madatsch was pretty impressive and the dinner was not only delicious, but too much to eat. Go there.

More Italian mountain passes that are each brilliant and then back into Austria. This year we went back to Innsbruck and stayed in the same hotel we used 16 years ago. It hadn’t changed a bit and they let us take the bike in the front door and into their cellar overnight. That is what I call service and this is in a hotel that dates from 1465!

We rode through a corner of Germany again and then back into Austria and gave the bike back. It couldn’t have been easier. We got our suitcases, packed our stuff and caught the train to Salzburg.

Now we just have to wait until the bike gets here. I am starting to get a bit itchy, but still have four other KTMs to ride until then so it isn’t too tough!

My advice is to stop eating about a month prior to leaving Australia as the food in Europe will see you coming back a fair bit heavier than when you left. I still can’t see my feet!

The question of which bike to use on a European trip? They’re both great. You can’t ignore the cruise control and big screen on the 1290, but the 1190R was unflappable and Anita thinks that all KTMs should have an orange frame, so that’s one reason to choose it. For me it was easy. I already had a 1290 so the 1190R was the obvious choice. You would be happy with either one.

Now we just have to save up some money, find someone to look after the dogs and

And with the release of the new MY17 KTM Adventure range – – we think Warren and Anita will be back for 2017, the only question now is which new generation Adventure model will they chose!? #RIDEKTM