Ross Noble is perhaps the most successful cult comedian of our time, with a loyal fan base derived largely from the ‘word-of-mouth’ recommendations of those having seen him perform live. Starting from humble beginnings (being smuggled into his local comedy club at the age of 15) Ross hasn’t looked back and has received huge critical acclaim and awards for his stand-up comedy.

He has has also competed in one of the most challenging hard enduro races in the world on a KTM 350 EXC-F, loves all motorcycle riding from road to offroad and just completed an adventure tour of Australia on a KTM 1190 Adventure R. Bet you didn’t know that!

We caught up with Ross on his recent visit . . .

Welcome back to Australia Ross, so just how did you end up on an adventure ride Down Under?
My mate Charley Boorman runs adventure bike tours all round the world I was planning on meeting up with him for a ride then and after a horrible crash he was out of action so I agreed to join the trip anyway. Sad not to see Charley, but great to get out for a ride and nice to get a little bit of orange into the sea of BMW’s!

You rode the KTM 1190 Adventure R, what were your impressions of the bike?
It is awesome. I ride a 1290 Super Adventure on the road, so compared to that it feels like an enduro bike with the knobbly tyres.  It is the perfect adventure bike.

You’ve been lucky enough to ride a host of KTM models and disciplines from road to enduro, do you have a favourite model and discipline?
I did 3 thousand miles on a 1290 Super Duke R recently which was great fun, but I prefer offroad. I love the extreme enduro stuff – it’s a perfect mix of adventure, enduro and trials riding. My bike of choice for those events is the 300 EXC 2 stroke. I did Romaniacs on the 350 EXC-F 4 stroke, which was great for the distances but the lighter bike is easier after a couple of days – when it’s not ripping your arms out of their sockets!

Given your busy touring schedule, what does your management think of your dangerous hobby?
Last year I badly sprained my ankle on stage while I was doing a musical – so its all relative. If I am doing a tour or filming I ease off on the racing and stick to trials but as soon as I get a break I can get into the enduro racing again.  It does cost us a few quid in insurance.

Your latest show ‘Brain Dump’ has been getting rave reviews. Is standing in front of a packed audience a similar rush to going flat out on a motorcycle?
It’s exactly the same. People who don’t ride think bikes they are terrifying, but once you get into it it’s a rush.

Now you’ve had a taste for Adventure, how about attending our next KTM Australia Adventure Rallye?!
YES! I would love to. I have ridden most of the Tarmac in Oz so that would be right up my street. 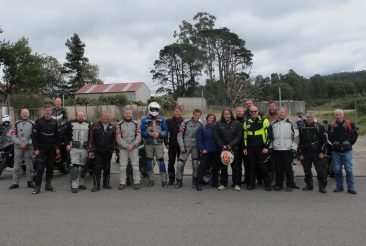 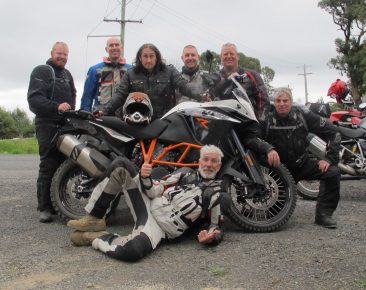 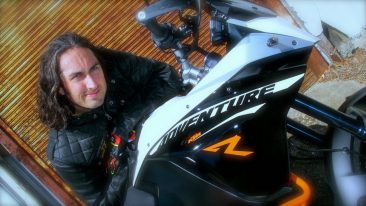 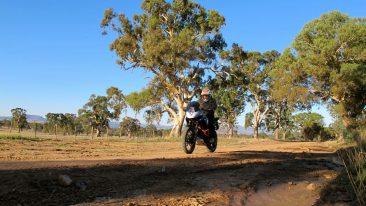 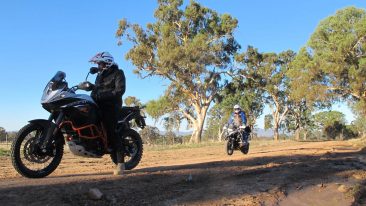 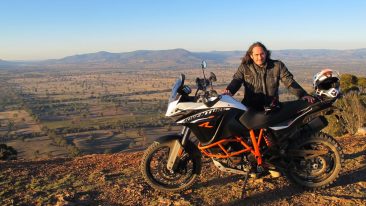 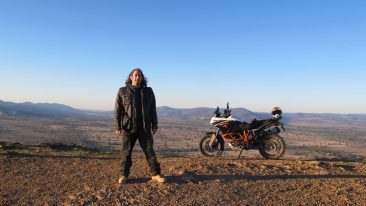 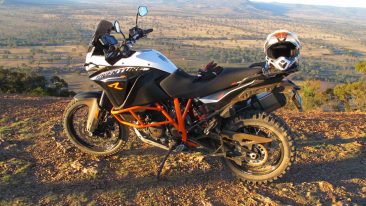 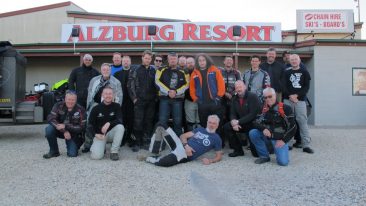 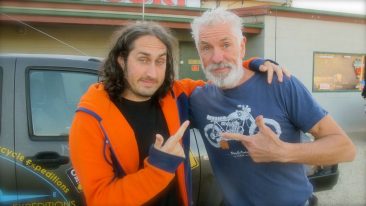