Queensland rider, Jarred Brook, is taking the dirt track world by storm.  The 18-year-old from Gympie – who just so happened to be named Motorcycling Queensland Rider of the Year for 2015 – recently returned from his first trip overseas with a few additions to his trophy cabinet.

We caught up with Jarred to hear his story and what it’s like to win such a prestigious award in the States . . .

Jarred – – where are you (in the USA) and what are you up too? How did this amazing opportunity come about?

I’m in Illinois in the United States to race the amateur series in the AMA Flat Track Grand Championships at Du Quoin, 1-6 July.

I’ve been in the States for about a month training and racing, getting used to the different bike set up and the style of riding. It’s been amazing.

I’ve been working for about 12 months toward coming over here to have a crack at a few of the amateur AMA flat track events, in particular the AMA Flat Track Grand Championship at Du Quoin. Dad and I have travelled to every meeting possible in QLD and NSW over the past year to compete and I’ve been training on the bike, in the gym, cycling and running to be as fit as I can be.

I’m really lucky to have had a few people like Troy Bayliss giving me some guidance and hooking me up with contacts over here. I’ve been training with riders like JD Beach and Roger Hayden and they’ve been incredible in sharing advice and coaching me in preparation for the races.

It’s the first time I’ve been overseas so the help has made things easier and allowed me to concentrate on my training and racing, learning what I can and working to get the results I came here for. The only one who has had any stress has been dad!

My first race meeting in the States at Indianapolis was a massive learning curve. I placed second in the 450cc amateur class after battling for the lead and just missing out on the win. I also placed fourth in the 450cc modified class. I took everything on board from that and in my last two meetings at Greenville Ohio, I’ve won five main events.

I’m stoked with my results so far and I’m having the best time in the States. I can’t wait to race the AMA Flat Track Grand Championships at Du Quoin at the end of this week and regardless of how things end up, I’m happy to be riding and be a part of it.

As I said – this was my first time competing internationally and all I was hoping for was to make the main events at the AMA Dirt Track Grand Championships and to learn what I could.

Instead, I’ve come away winning three out of three national AMA Amateur Grand Championships and the highly regarded Horizon Award.

I couldn’t be happier with my performances or the way my stock KTM 450 SX-F performed and I’m so grateful to my family, friends and sponsors who have helped support me, both in the States and at home.

What is the Horizon Award?

It is an award that recognises the rider best prepared for the professional ranks, based on the results at the event I competed in. I never expected to win one championship – let alone this award! 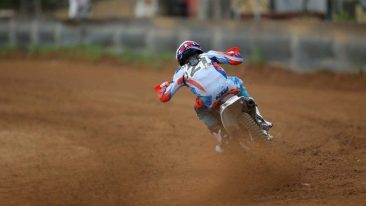 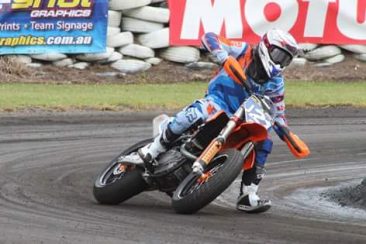 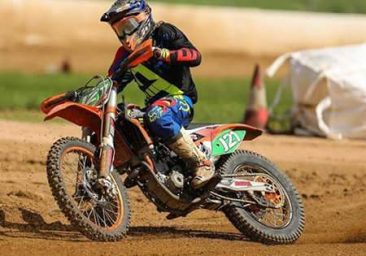 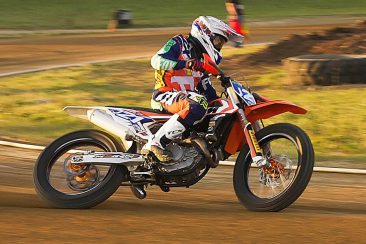 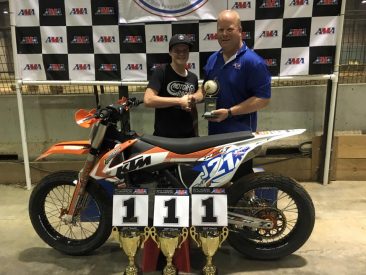 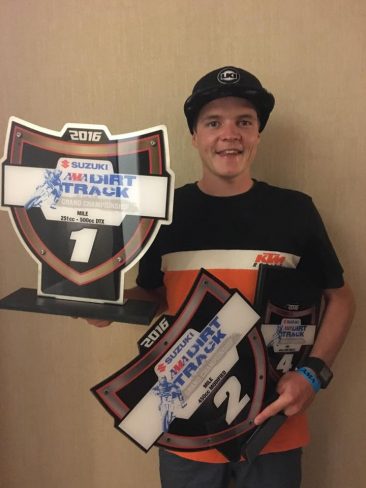 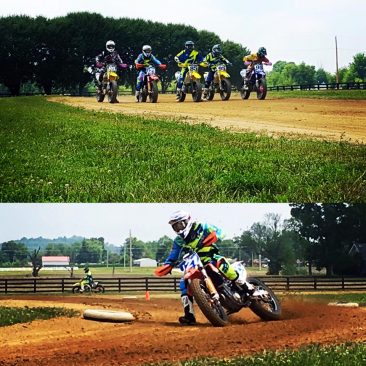 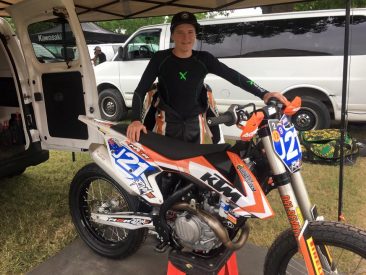 Wow! Congratulations Jarred! So tell us a little bit about yourself . . . Your racing background, where you are from, where you have been the past few years with your racing . . .

I’m an apprentice carpenter from Queensland and I started racing when I was nine years old. When I was a junior I first tried Enduro but I soon switched when I discovered Dirt Track.

I was successful in the junior ranks winning State and Australian titles and since I moved into Seniors I’ve been working to succeed there too.

2016 has been great so far for me (except for a broken collar bone). I was the youngest invited All Star at the Troy Bayliss Classic, which unfortunately was rained out. I also won the NSW Long Track Titles MX Open, Pro 250 and Under 19’s classes and came third in the Pro 450 and Pro Open.

2015 was also a big year for me. I was named Motorcycling Queensland Rider of the Year which is judged across all motorcycle disciplines – that was a real surprise for me – and I received the 2015 QLD Senior Dirt Track Rider of the Year. I was also  successful at Australian Title and Open meetings and in NSW where I won five NSW titles in one night.

Well, other than the time in the States that I have just had!

My best racing moment to date happened last year at the 2015 NSW Long Track Championships. Like I said earlier, I won all five classes that I rode in and set Australian Flat Track history by doing so.

It was an amazing night and I had a great sense of achievement because it was my first full season racing as a senior and it wasn’t an easy meeting – I had to fight for it which made it all the more satisfying.

What is it you love about dirt tracking?

There isn’t just one thing I love about flat track, there are lots of things. I love the places it can take you all over the world and around Australia, I love the people that I meet through the sport, lots of who have become great mates and I know I’ll have lifelong friendships with, and I love the tracks I get to ride. It’s an adrenalin rush!

I also love the fact that if you work hard it’s a sport that can lead on to bigger things. I mean, look at the number of riders who started their careers in flat track, riders like Troy Bayliss, Casey Stoner, Chad Reed and riders like JD Beach who are versatile and ride multiple disciplines. That’s really inspiring for me.

What does the rest of the 2016 season hold for you?

When I get back from the US my focus will be on competing in the Australian, Queensland and NSW Championships. I’d like to then travel back to America to race a couple of rounds of the AMA Pro Flat Track.

I’ve got my sights set on becoming a professional rider so 2016 has always been about pushing myself further, learning what I can and seeing what’s possible.

Again – congratulations on your racing Jarred, we will be keeping an eye out for more from you in the future!