The KTM 1190 Adventure is often overlooked for the more offroad capable R version. But for those riders seeking the perfect combination of onroad sportiness mixed with offroad capability – this is the bike for you.

We’ve found one such rider that celebrates the 1190 Adventure for it’s “best of both worlds” attitude . . . Because who wouldn’t want a 150hp adventure bike capable of both offroad challenges and onroad fun?

Meet Craig and his KTM 1190 Adventure, offering the best of both worlds!

Why did you buy the 1190 Adventure Standard instead of the R?

The main reason I chose the 1190 Adventure standard over the R model was simply that I was doing more road riding than offroad riding. I have other bikes so I wanted something fun to ride and comfortable. A bike able to put luggage on with no panniers and also be able to get off road if I wanted to. That was where the idea came about to have two sets of wheels – a 19”/17” offroad setup and a 17”/17” road one.

What have you done to the bike? I.e. Powerparts / additions / etc.

So I pretty much wore out the PowerParts catalogue! As you can see from the photos – – it has:

And then for the road setup it has;

For easy road tripping I only use the KTM roll bag, with the KTM rear tray extension and a KTM tank bag. Both simple and easy.

Explain the motard setup / off-road setup.  Is this hard to change?

So with changing the bike from dirt to road is quite easy – – simply swap wheels! I do change the front ABS/Speedo pick up tone wheel and front mud guard. It takes all of 30 minutes and you’ve got a rippen’ fat motard! Bike is awesome fun with this setup. I do run a sports touring tyre but that’s a personal choice.

You’ve been a dirtbike rider for years – – tell us about the switch to adventure riding:.

Like all of us, I started on dirt bikes. I was 8 years of age and got a YZ80D for my birthday and I have always had a motorcycle since.  I got my first road bike at 25 and pretty much had both road and dirt together. I still enjoy both styles of riding and then the whole adventure style grabbed us! I must say, I am a fan. Probably because of the massive variety of motorcycles riders choose and argue over haha! For example you can ride a heap of shit (excuse the frensh) DR 400 with a fat tank worth about $2K or something like we’re on retailing for $26K and somewhere in between – each to their own! I certainly enjoy the time away with mates and some of the awesome country we come across. As we get older (don’t like to admit it, but I’m 45-years-young now), this style of riding seems to suit.

I’ve only been doing it now for five years and they say the best ride is yet to come! But in saying that I’ve enjoyed all the TeamMoto group adventure rides in South East Queensland and I’ve done a lot with mates through the years on my own.

I probably enjoy going fast too much, but favourite road ride (riding style) is windy roads, as fast as possible! But to answer the question – – when I bought the 1190 it was for a big trip we did this year in February. We went from the Gold Coast to Victoria and back, two weeks away and some of the most awesome roads/country that I’ve ever seen and ridden through.

Not yet – – although I am sure I’m doing the KTM Rallye next year! 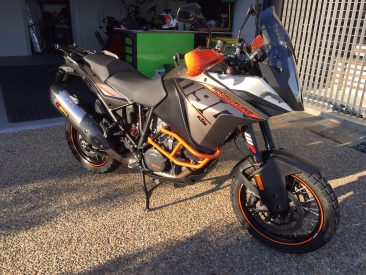 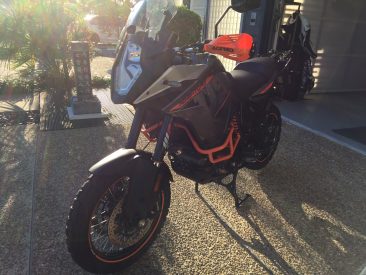 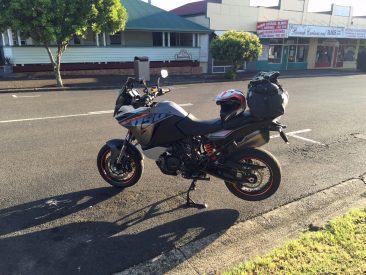 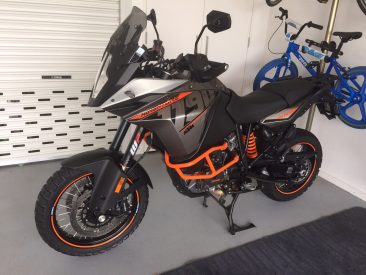 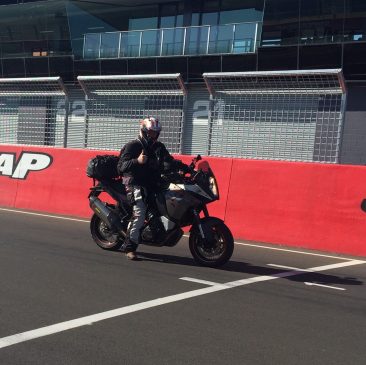 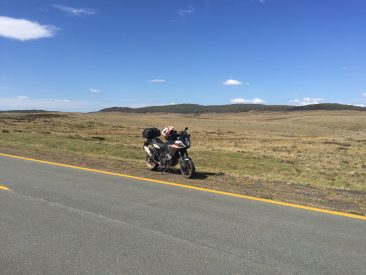 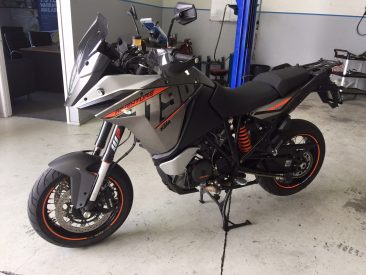 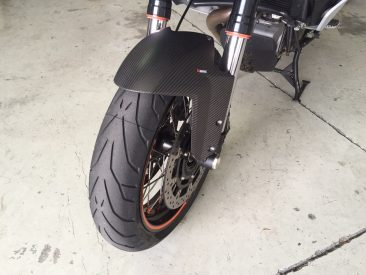