The fourth-annual KTM New Zealand Adventure Rallye contained some of the most picturesque and awe-inspiring riding in the event yet, as the 2019 edition travelled from the ocean to the mountains and back again, with a record number of entries along for the ride.

Marking the Rallye’s second time on the South Island, a total of 137 riders and 30 support staff started from ‘sunny’ Nelson in torrential rain, looping through Murchison, Hanmer Springs, Picton and then arriving back in Nelson on the final day. With assistance from Nelson Pine, Tasman Pine and Nelson City Council, even with the adverse weather conditions all had an exceptional time exploring the special access forestry on day one. 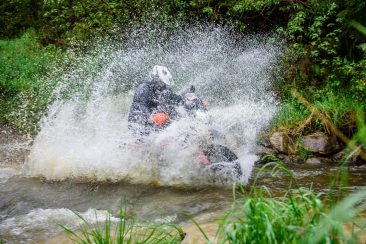 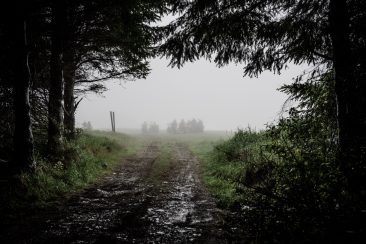 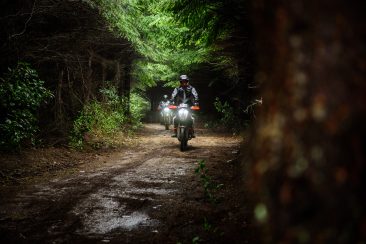 A major slip on State Highway 6 to Murchison resulted in route changes during day two, however, enthusiasm remained high as private access tracks through Higgins Farm and the iconic Porika Track into Murchison proved to be exceptional highlights for everybody taking part.

With the sun finally shining on the morning of day three and with special access arranged pre-season to the famous Rainbow Road, the KTM NZ Adventure Rallye contingent successfully navigated through raging water crossings – usually trickling streams – to enjoy one of the best adventure roads in NZ prior to spending the evening in the charismatic town of Hanmer Springs. 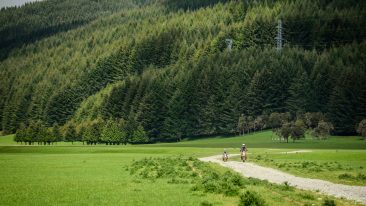 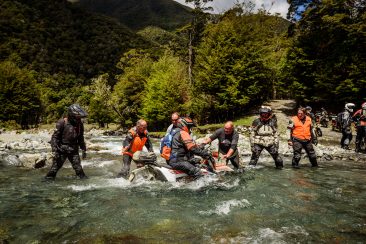 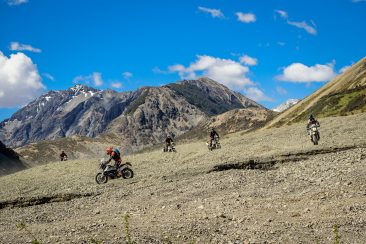 Situated at the Top of the South, day four saw the group complete the must-do journey through Molesworth Station, where a special access breakout toward the end saw riders climb over 2000 feet of elevation in just 11 kilometres, complete with incredible views from the ridgeline track. This too was a highlight of the entire trip for many.

More curveballs were thrown by mother nature on day five, which resulted in additional changes from the planned route since 50-knot winds in the Marlborough Sounds saw barge and cruise boat plans scrapped. Riders still made their way through scenic twisties to Manaroa, where the Rallye crowd enjoyed witnessing a ‘690 Race’ as a prelude to KTM Ultimate Race qualifying action. 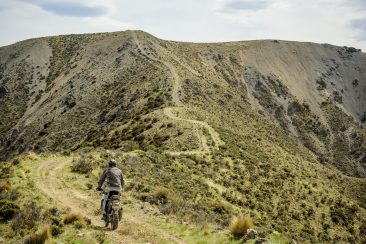 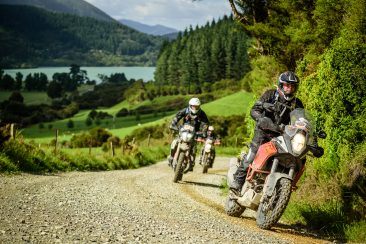 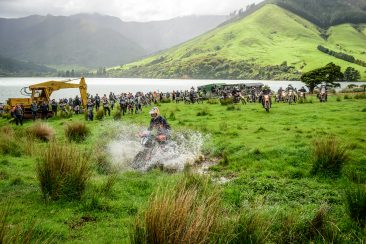 A final stretch from there back through the brilliant Maungatapu Track saw the KTM NZ Adventure Rallye make its way back into Nelson, where riders were treated to a wrap-up dinner and awards night, where a share of laughter and memories were recounted following an epic week of adventure riding.

As part of the 2019 KTM NZ Adventure Rallye, a qualification process took place to find two lucky riders to represent New Zealand at the KTM Ultimate Race, which will be contested at the 2020 Merzouga Rally in Morocco. An all-expenses paid trip to compete on a factory-prepared KTM 790 Adventure R Rally alongside competitors from the five other countries that host KTM Adventure Rally events was the prize.

Challenges included a bike lift and wheel change on day two in Murchison, in addition to navigation and waypoint challenges on days three, four and five that tested riders’ GPS and social media skills. There were also timed special test challenges on day three at the beautiful Lake Station and again on day five at Manaroa.

In the end, the New Zealand riders who secured the elusive qualifying positions for the KTM Ultimate Race were Mark Dando and Matt Kneesch – congratulations to both, who we know will do us proud in Morocco next year! 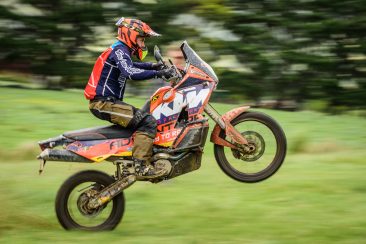 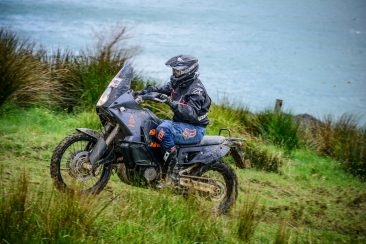 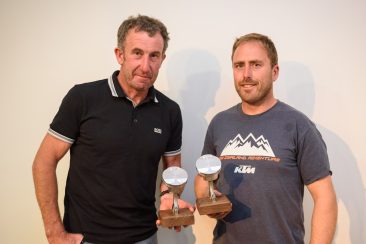 KTM New Zealand would like to thank all the riders that attended, as well as the local Nelson crew, whose assistance made the event possible. Thank you also to Racesafe Australia medical support, lead and sweep riders from across NZ and Australia, the photography and videography crew, plus the technical and logistical support staff who made the KTM NZ Adventure Rallye happen.

A full event photo gallery from the 2019 KTM New Zealand Adventure Rallye is available online now here: https://www.wilkinsonphotography.com.au/Rides-Events/2019-KTM-New-Zealand-Adventure-Rallye-Top-of-the-South/ while an event teaser video has been released below, with a full-length feature coming soon.

Further information on KTM Adventure Rally events can be sourced via www.ktm-adventure-rally.com.