KTM hosted its second KTM Ultimate Race Qualifiers event in Stroud, New South Wales, on 18-19 October prior to the weekend’s Transmoto 8-Hour, where a selection of high-calibre adventure riders tried their hand at winning one of two elusive entries into the 2020 KTM Ultimate Race in Morocco.

In the end, following a spectacular two days of action – both on and off the bike – it was determined that Australia will be represented by Simon ‘Simmo’ Arthur and Graham Cheney during next year’s KTM Ultimate Race at the Merzouga Rally.

Each country that hosts a KTM Adventure Rallye receives two positions in the KTM Ultimate Race, with Arthur and Cheney set to each receive a fully-supported ride, which includes flights, accommodation, entry fees and a KTM 790 Adventure R to compete aboard, with a full race service under the guidance of pro-level and factory-backed off-road racers.

This year’s KTM Ultimate Race Qualifiers was packed with capable riders on an assortment of KTM adventure machinery, however, both Arthur and Cheney were fittingly equipped with the recently-released KTM 790 Adventure R model. One of the inaugural winners of the KTM Ultimate Race Qualifiers, Steve ‘Robbo’ Robertson was also on-hand to share his experience from earlier this year in Morocco.

Commencing the qualifying event on Friday was a 250-kilometre navigation challenge, which took riders through a mixture of terrain including a 40-kilometre section on Stockton Beach that will prove incredibly valuable once Arthur and Cheney arrive in Morocco for the sand-filled Merzouga Rally.

The navigation test also included a series of waypoints where riders had to upload a photo of their bike to Instagram in particular places using correct hashtags as supplied by event organisers.

Saturday provided entertainment for the spectators on location at the Transmoto event, as riders in the KTM Ultimate Race Qualifiers had to complete a pass/fail bike-lift, wheel-change challenge and two timed special tests. The top five riders were then announced, based on accumulative scores, and they put on a final show with a ‘hot lap’ special test of the entire 26-minute Transmoto track.

It was another successful KTM Ultimate Race Qualifiers operated by the Transmoto Events team in Stroud, with Arthur and Cheney the final duo selected to represent KTM and Australia during the 2020 KTM Ultimate Race in Morocco. Additional information on the KTM Ultimate Race can be viewed at www.ktm-adventure-rally.com/en/ktm-ultimate-race. 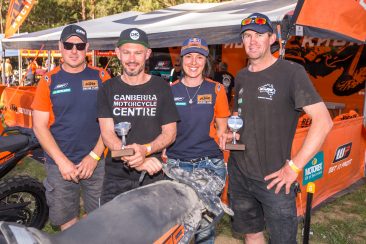 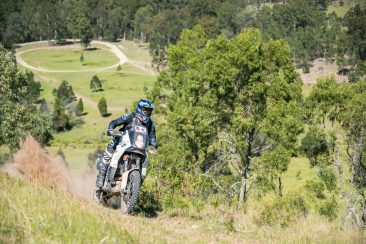 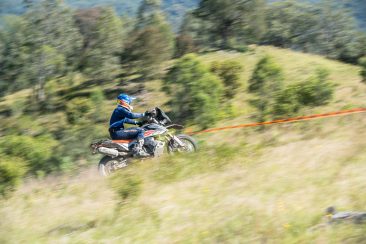 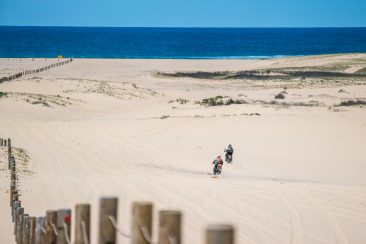 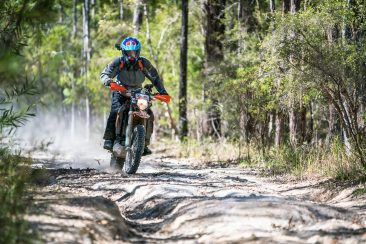 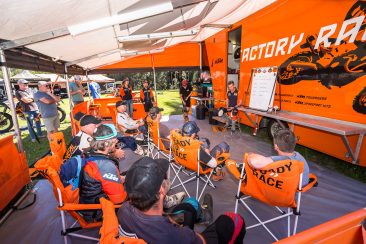 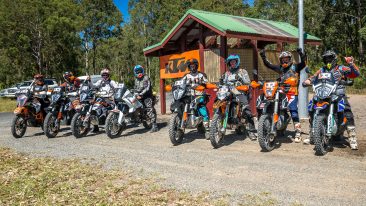 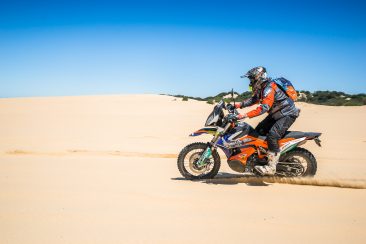 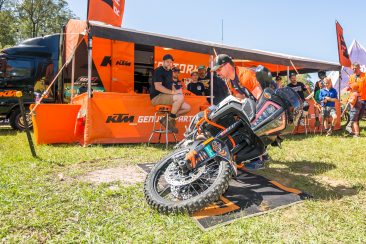 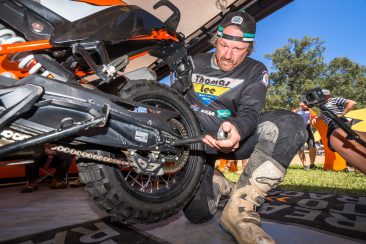 Rosie Lalonde – Events Manager, KTM Australia: “The KTM Ultimate Race Qualifiers is a very cool initiative from KTM to bring together the global KTM adventure communities. It is also a great way to showcase the versatility of the KTM adventure range, as these bikes can go long distances over a variety of terrain and also cut some serious times in the special tests! I could not be happier for Simmo and Graham to be representing KTM and Australia – they showed not only what fantastic all-round adventure riders they were, but that they are great sportsmen and are going to be true ambassadors at the KTM Ultimate Race.”

Simon ‘Simmo’ Arthur – KTM Ultimate Race Competitor: “KTM always puts on a good event and the prize for this is quite remarkable, to be able to go and compete in the KTM Ultimate Race and represent Australia. I’ve only had the KTM 790 Adventure R for a few weeks, but it handled the conditions so well and did the job perfectly – it’s a very versatile bike. What a chance this is to see a different part of the world in Morocco! I’m on a program to try and get to Dakar in 2021, so this is perfect for me and I’m really grateful. This has been made possible for me by three organisations in particular, which are Choice Suspension, Canberra Motorcycle Centre and APlus Towing – we put this together as a team and got the outcome that we were chasing, so it’s really exciting for all of us.”

Graham Cheney – KTM Ultimate Race Competitor: “I’m stoked to be able to qualify for the KTM Ultimate Race, especially considering I only picked the KTM 790 Adventure R up right before the event and it was basically stock-standard. I was really impressed with it though, the bike was definitely competitive throughout the qualifiers and now I’m looking forward to this money-can’t-buy experience in Morocco next year. The goal for me was to remain consistent, flow as well as I could and minimise mistakes during the special tests, which all worked out and I can’t wait to get over there now.”