Starting at the base of the iconic Aoraki Mount Cook meant the second annual KTM New Zealand Adventure Rallye: Southern Alps was always going to be a special one.

With 112 KTM adventurers from seven different countries, 25 support staff and one epic week in Lord of the Rings country, riders were treated to beautiful weather, stunning scenery and some seriously challenging tracks.

Aoraki Mount Cook did not disappoint as the kickstart point of this epic adventure; showing off in all its snow-capped glory with warm sunshine and clear blue skies for admin sign on and the welcome dinner. 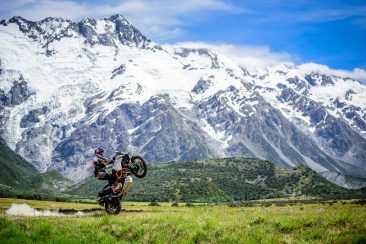 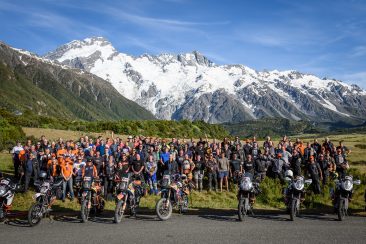 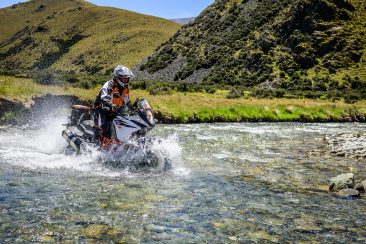 Riders then traversed between 180-380km per day over the next five days, staying overnight at Alexandra, Cromwell for two nights, then onto Wanaka before finishing with a fitting bang in the adventure capitol of the world; Queenstown.

The routes were planned with the assistance of local legend Joe Forsyth and showcased the absolute best that the Southern Alps and Otago regions have to offer – with the various private land access routes, the Snow Farm and Nevis Valley proving to be the outstanding highlights for riders.

“People buy our bikes because they are capable of taking them on the extreme route.” Jeff Leisk, KTM New Zealand’s General Manager states.

“And we have proved this with the Adventure Rallye concept. It’s kind of strange – I wind the clock back four or five years ago at our sales meetings we talked about wanting to have adventure ride events. We had all these crazy ideas, but the facts were we really didn’t know where to start or how to do it.

We spent a lot of time talking about these events and dreaming about them and what they could be and where they would go – and here we are a few years later on our second annual New Zealand event in such a beautiful location and taking part in an incredible week of riding.”

Riders were also treated to KTM’s Official Adventure Ambassador Chris Birch along for the ride – with Birchy mixing it throughout the pack all week; helping riders pick lines through river crossings, assisting with tyre changes and even doing some bush mechanics on a rim with a rock.

The special guests kept coming, with V8 Supercars legend Greg Murphy attending his inaugural Rallye and having a brilliant time – until an untimely encounter with a savage rut in a Breakout section ended his week early. A great chat on the microphone with KTM New Zealand’s GM Jeff Leisk on the Tuesday night provided a unique and personal insight into Murph’s career, with plenty of laughs and the promise that he’ll be back for more adventure next year.

And with the final night of revelry in Queenstown, with awards handed around to very deserving recipients and reminiscing about an epic week of adventure through a video and photo montage, all riders could ask was: when’s the next one? 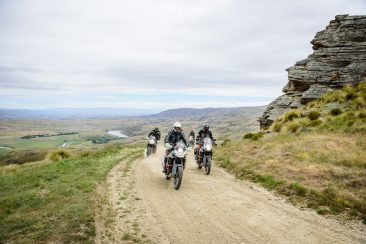 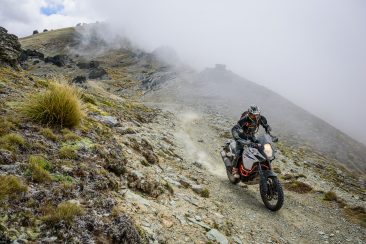 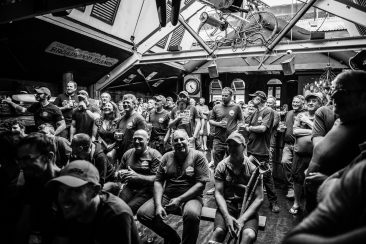 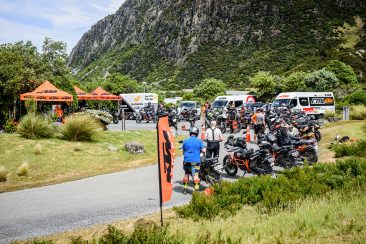 “My first Rallye/Adventure ride. It was so much more fun than I thought it would be. The route was challenging and scenic. A real showcases of what KTM Adventure bikes are capable of.” – Carl Burger

“For a newbee that stuck to the main route found it challenging,and a great learning curve,support from staff and fellow riders outstanding.” – Murray Cheer 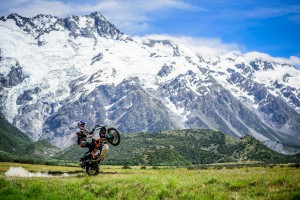