KTM Junior Supercross took centre-stage in the 2019 S-X Open Auckland and AUS-X Open Melbourne events as a total of 30 capable – 7 and 8 year old – riders took to the stadiums aboard KTM 50 SX machinery.

The S-X Open International FIM Oceania Supercross Championship, which features a round each in New Zealand and Australia, is recognised as one of the most prestigious in the world outside of the United States.

For the KTM Junior Supercross challengers – 10 participating in NZ and 20 in Australia – the exhibition event marked an opportunity of a lifetime to line-up on the very same supercross circuit during the day and night program that the professional racers do battle on. 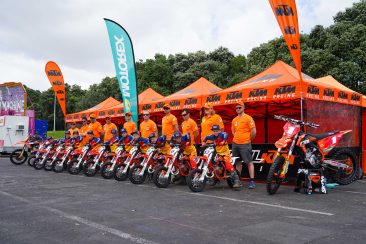 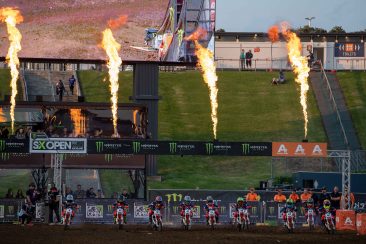 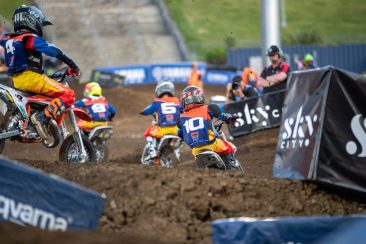 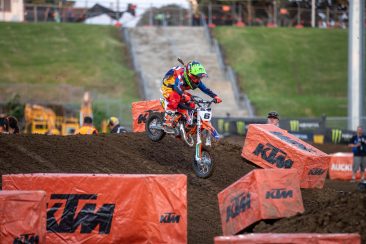 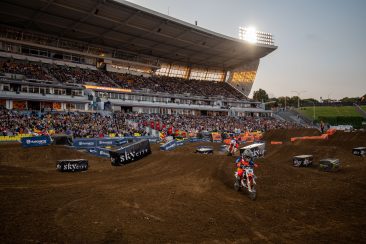 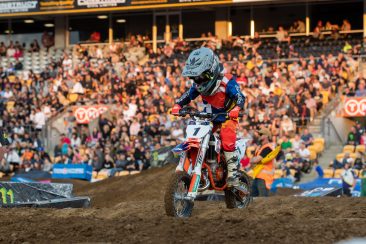 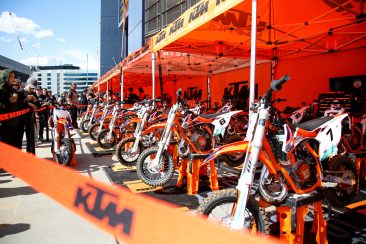 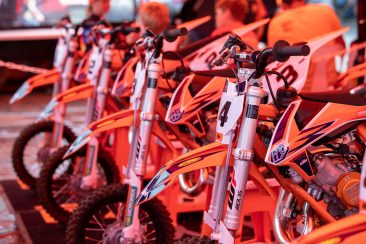 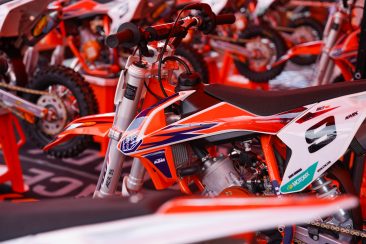 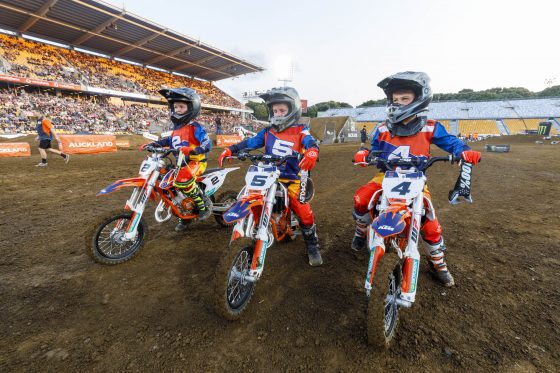 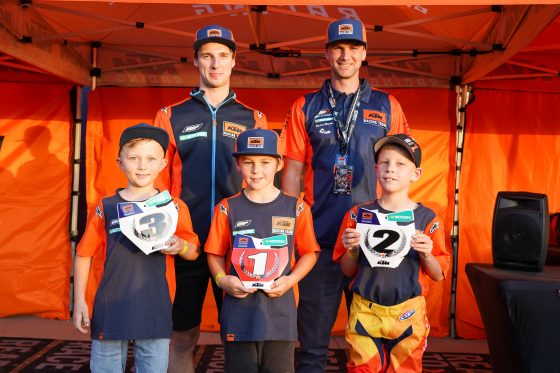 Each rider and their families enjoyed a full factory VIP experience as part of the KTM Junior Supercross entry, also receiving a KTM gift pack, which included a full set of riding gear from Troy Lee Designs and trophies were awarded to podium finishers in special post-race presentations.

KTM Junior Supercross participants were featured in rider signings, mentored from KTM professional racers including Hamish Harwood in Auckland, as well Daniel Milner and Lyndon Snodgrass in Melbourne. They also met a selection of their heroes throughout the fun-filled events. 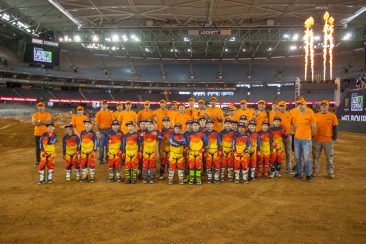 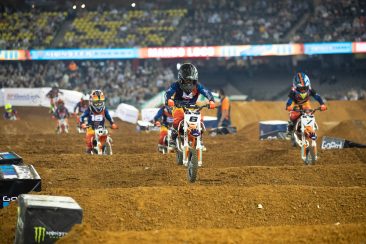 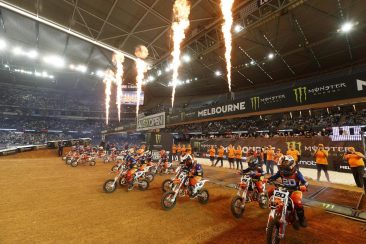 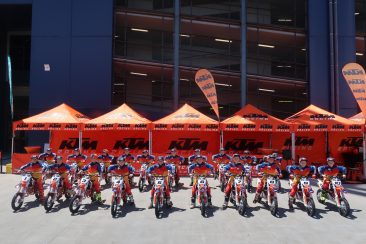 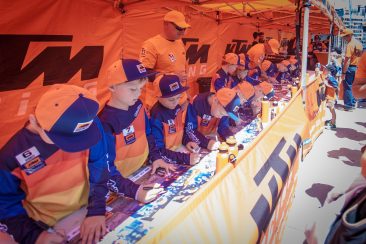 Post-event recap videos have been created for both events and can be found below:

Levi McMasters – Winner, 2019 KTM Junior Supercross S-X Open: “Our day started early in the morning where we were able to meet and greet the other successful applicants. We were all given a goody bag which had our race kit, t-shirts for mechanic and rider and drink bottles. We then got to walk the track, it was so slippery, the triple was slippery and steep, there were a couple of doubles that I thought I could clear. Next came signing session which I loved. I signed 200 posters, it was amazing. Lining up before the start gates I was so pumped, When the gates dropped I didn’t have a great start but still managed to be in 1st coming out of the first corner. I lead for half a lap till Kase Shuttleworth done a good pass on me. A lap later Kase dropped it, at that stage I was happy but knew I can’t slow down so pushed to the finish. After the race I was so happy I cried, we then went back to our pits and had our prize giving. I got a 1st place number board and also a KTM bear. We then watched Jason Anderson win, he was my favourite person out there. It was a dream day and I am extremely grateful for the experience.”

Ollie Birkitt – Winner, 2019 KTM Junior Supercross AUS-X Open: “The KTM Junior Supercross day was an awesome experience. I got to meet my idols, be up close to the action and see how the pros prepare for their races. I got to experience what it feels like to be a factory rider with KTM, all of which makes me want to chase my dream of being a supercross rider even more! The track was hard and I came off in practice as it was quite slippery, because coming from WA I’m used to the soft sand tracks. I knew I could jump a few of the doubles to gain more speed, but I chose to play it safe and just try to stay on the bike, take the lead and hold it for the win. Huge thanks to KTM and the team for making the day possible and giving us 50s a go! P.s, the Troy Lee Designs gear set we got to take away from the day is wicked, thank you.”