Not many riders can claim to have had a full racing career – complete with retirement – before their 22nd birthday.

However, Tye Simmonds isn’t your average rider.  We caught up with Tye, fresh from his first year on the KTM Offroad Racing Team to talk about what it’s like to race Enduro, why the KTM 250EXC-F made him a better rider and his plans for next season.

How was your first full year on the KTM Offroad Racing Team?

Mate, it was good! We got through the year without any injuries which is a bonus, especially after basically being on the couch for 18 months (during retirement).

Was racing the Offroad scene what you expected it to be?

Definitely different than what I thought! Coming from SuperCross and Motocross, where everyone is serious, no one really talks to each other and there are definitely no friends on the track once the gate drops.

I still have that last mentality – when I’m on the track, it’s on! – but the friendliness and vibe really surprised me in the Offroads. Everyone, regardless of what team they are on, gets on well and helps each other out and its really cool to see. Everyone talks on race day and there aren’t any “secrets”. Definitely different to what I thought. I am really glad that I came over to this side of racing, I have had an absolute ball this year!

You contested the Enduro 2 class in the AORC this year, but made the change to Enduro 1 for the A4DE. Why?

It was a team decision – with Chucky [Daniel Sanders] and Toby [Price] on E3 and then we had Matty [Phillips] and Russell Bobbitt down for E2, so Grabbo put it to me and said look do you want to ride a 250? So we could spread out the team and do well in all 3 class. I was really happy to ride the 250, even though I am a bigger guy for the bike! But I was keen and once I rode it I realised what an awesome bike it is.  When things changed and Matt moved to the E3 class and Bobbitt didn’t make the event, I was still happy to stay on the 250 EXC-F and give it a go.

I have also been in the 90 Kilo Club and I knew I was going to have to ride it harder because of my size. On the 450 you can be a bit lazy, where on the 250 you have to ride the wheels of it and I really didn’t mind that!

I loved it mate! It was an unreal bike. In the bush it was awesome, really flexible and handled everything really well.  The general public is concerned about too much power and going fast, where in reality if you were on a 250 EXC-F with that little bit less power, but the nimble handling, they would have a much better time.

The 4-Day had a lot of tight stuff, so the 250 EXC-F was lighter and I was able to throw it around. Even in the longer open tests, it pulled fantastic. I think having my additional weight provided awesome traction.

And then in the final moto – I got the holeshot and we just went for it!!  They had ripped the start straight – it was really heavy going and it was a loooooong straight and the 250 EXC-F just pulled my fat arse down there !! Definitely shows its potential the 250 EXC-F has!

Do you think this bike is underrated?

Definitely is – very underrated!!! I had a 250 for training at home and some friends have ridden on it and they can’t believe how fast it is. Some of them are bigger guys and have always been 450 riders and they really had their eyes opened. I think it does get overlooked as there is such a range to choose from when it comes to the KTM EXC bikes.

What are the 250 EXC-F strengths compared to the other models in the EXC range?

For me, it was really light and nimble, especially in the tight stuff. I really struggle – as I found this year !! – being a motocross rider I always had plenty of room to move, so this year I’ve been a bit worried about trees.  But on the 250 EXC-F I felt a lot better in the tight stuff.  I was also really blown away by the power—I thought I would struggle having ridden E2 and going back down, but I didn’t at all, it really blew it away.

It also really helped me with my riding as well, as I had to carry more corner speed and ride a bit harder – as in more precise – and that is going to help me ride the bigger bikes in future. You need to be proactive and on point to get the speed on the 250 EXC-F and experiencing this will make me a better rider.

So my advise to the riders out there – if you want to become a better ride, ride a 250 EXC-F first! Instead of jumping straight on the 450 and getting arm pump right away.  Try going faster on the 250 first, then you can master the basics and will be a better rider. This was definitely the case for me!

So what have you been up to in the off-season?

I’ve been mustering!! Making a bit of coin on the side, so I’ve been mustering the last few weeks.  I’m currently on Stradbroke Island for a quick holiday, but then home next week.  I’ve got a couple more weeks of mustering over Christmas and then pre-season starts and I am really excited for that! I have big plans for my pre-season and can’t wait to get stuck in and prepared for next year.

I wasn’t fit enough this year and I hadn’t done any major testing or training, so I am really looking forward to getting my pre-season underway and bettering my results for next year.

Thanks for your time Tye, have a great Christmas and all the best for 2016.

Thanks mate, same to you guys. 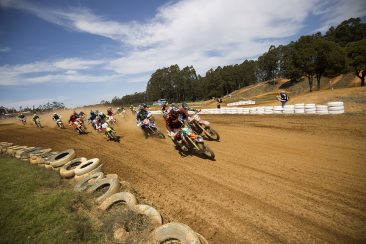 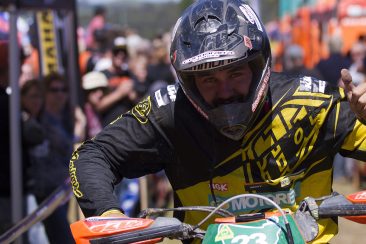 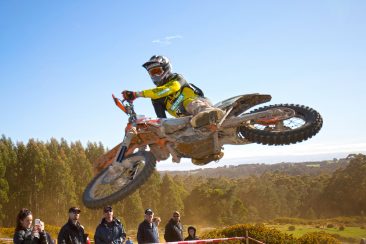 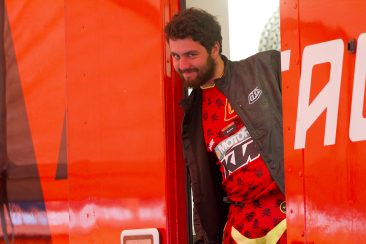 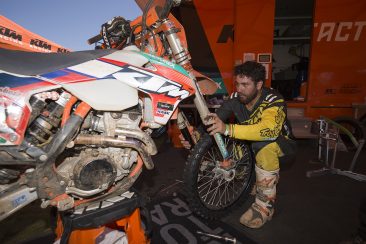 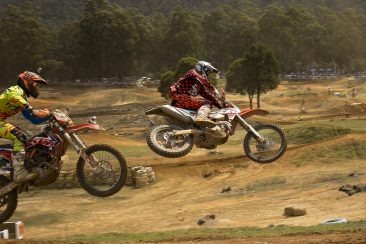