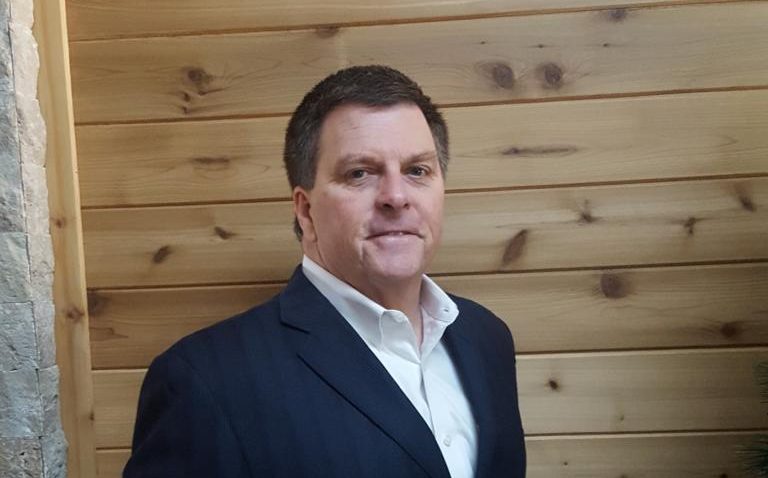 After 25 years with KTM, March 2020 saw the end of an era, as Jeff Leisk retired from his role as General Manager of the KTM Group Australia and New Zealand. After years of success within the motorcycle industry both as a racer and businessman, Jeff handed over the reins to long time friend, Brad Hagi.

Since moving to Australia with his wife Zidzielia and their 3 dogs, Brad and his family have been enjoying their new home in the Sydney Harbourside suburb of Mosman, even adding a new cat to the family.

Brad’s introduction to the role of Managing Director of the KTM Group Australia and New Zealand comes during one of the most unprecedented times in modern history, however backed by his previous experience in the motorcycle industry on a global scale, Brad has taken the challenge head-on. Surrounded by the hard working KTM Group team and the outstanding dealer network, they were even able to record the companies best sales figures ever in June 2020.

So who is Brad Hagi and where has he come from? We sat down with him to gain some insight into our new MD. Introducing Brad Hagi …

Just to begin with, welcome to Australia. It’s a new role for you with a familiar brand of course, but tell us about your background and where you came from prior to joining KTM Group Australia and New Zealand.

“First, thank you for that. I grew up as a motocrosser in the middle part of the United States in Illinois and spent my life in the motorcycle industry. First working in a dealer, then I worked for Yamaha, then Ducati, and now it’s been KTM for 11 years, so I’ve been around all genres of racing from road racing, MotoGP, AMA Supercross, motocross, etc. I’m a racer at heart. Recently, I’ve been running KTM Asia based in Singapore. Prior to that, I was in Tokyo for a few years. And, prior to that, I was based in Murrieta, California.” 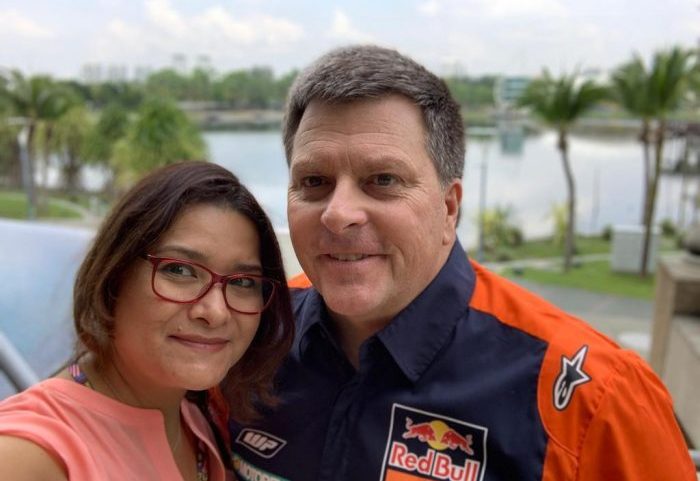 Brad and his wife Zidzielia

Considering your experience internationally, it places you in a great position to lead the company here.

“It does, it does. And I had the benefit of being in Australia on and off with KTM for the last few years, working with Jeff [Leisk] and the team before, so it’s not completely foreign, but it’s definitely different when you live here and I’m glad to be here.”

How closely does your team in Australia work with the group in Austria and worldwide?

“I have calls almost every day with the factory. Unfortunately with the timezone, it’s usually late at night, but it includes everything from product sales, planning, strategy, a little bit of racing, motorsports and marketing. And then our team is customer service, after-sales, homologation, sales administration, finance, etc, yes.”

Even though it is a difficult time with the pandemic, KTM and Husqvarna’s sales results have been quite promising in recent months.

“They have. And I’m surprised, because the factory asked me to forecast and it’s difficult for me to say with, let’s say, everything being closed down. I see all the job layoffs at Qantas and Virgin, for example, where a lot of people are unemployed, but yet I’d say the tradies are still buying and our numbers prove that. It’s been a little bit scary for dealers, because you don’t really know the situation, but the numbers prove that we haven’t gone over a cliff and we’re in positive territory, as you said.”

You mentioned that you come from a racing background, so considering the remarkable adventure events that are hosted locally, how excited are you to get on a bike here once they’re permitted to go ahead?

In regards to the street range, obviously KTM has a great presence in MotoGP and those categories. Do you enjoy getting out on the road in your spare time?

and soon to be a Super Duke at home.”

A day out in their new home, Brad takes Zidzielia and Mimo out

for a ride on the KTM 1290 SUPER ADVENTURE S

KTM and Husqvarna have a significant involvement in racing globally, how important is that aspect for the brands to be involved in?

“I think it’s extremely important. Prior to my arrival, Jeff Leisk was a former motocross champion himself and, obviously, the efforts that they put into racing over the last 10 years including everything from Finke, to KTM Junior Supercross, to enduro, it shows. We’ve dominated almost everything. I mean, not to sound too arrogant, but Jeff and the team put a big emphasis on racing and I think it translates to sales and market share. It’s very important and will continue to be important. This year is a bit difficult to come in right now and have racing either cancelled or unknown for us as a manufacturer, but hopefully next year will be a better year.”

Finally, you must have a lot of excitement for when you can get out to the dealers to travel the country, not only here in Australia, but New Zealand as well. We’re sure that is something that you’re really looking forward to.

“I do. And that’s the most important part. The dealers are our customers and I’ve been talking to them on the phone, but I’ve started to travel a little bit around New South Wales out visiting dealers and I’m looking forward to getting around to the other states and over to our operation in Auckland as soon as time permits with the government and the travel ban.”