Given that KTM has introduced two new WP forks for 2017 – the 48mm ‘AER’ air-sprung fork on its motocross (and four-stoke cross-country) models, and the 48mm ‘Xplor’ coil-sprung fork on its enduro models, Transmoto Magazine recently performed a back-to-back comparison between the two – to shed some light on the forks’ comparative performance and versatility, and to get a sense of whether an air fork is likely to soon find its way onto KTM’s enduro models. To bring this comparo alive, Transmoto joined forces with the guys from Australia’s number-one KTM dealer, KTM Newcastle, and pitted three 2017-model KTM 350s – a 350SX-F motocrosser, a 350EXC-F enduro model, and a hybrid 350XC-F cross-country machine – against each other in the bush and around a motocross track.

Here’s what the KTM Newcastle trio had to say about each fork’s performance across a variety of terrain, plus a tantalising window into a more-than-likely future combination – a KTM enduro model fitted with the AER air fork. 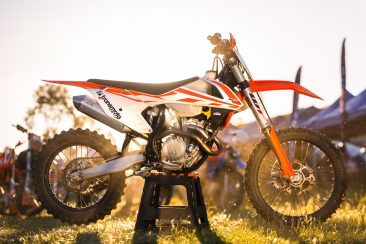 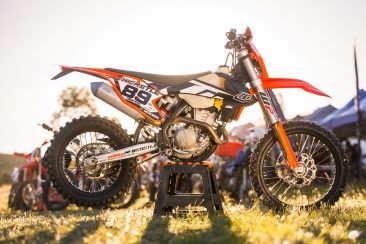 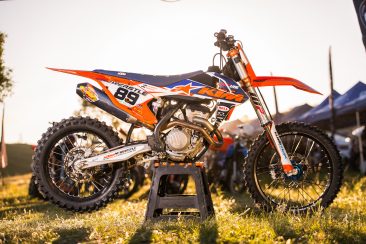 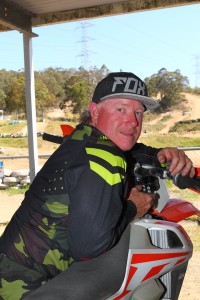 “I own a 2017 450SX-F, so this fork comparo was a really interesting exercise for me. I’ve quickly become a convert to air forks.

I’m a heavier guy, so I love the range of adjustment they give you, though it does take a while to work out a good balance between air pressure and clicker settings. And it’s worth noting that the recommended pressure in KTM’s manual is way high. While the enduro bike’s Xplor fork obviously works well in the bush – and its chassis is well balanced – both fork and shock were very soft for my weight, and I had no way of changing that without handing the bike over to a suspension tuner.

Around the MX track, the Xplor fork rode way too low in its stroke for me, but it did have surprisingly good bottoming resistance. When we fitted the air fork to the EXC-F (with the 144psi I like in it), the enduro bike was a heap more fun to ride because it was more stable and predictable everywhere. The fork’s action was progressive and it resisted bottoming well. The only downside with the air fork is that you need to check it before each ride. I’ve got accustomed to doing that when I check tyre pressures, but I’ve actually found the pressure in the fork barely changes.” 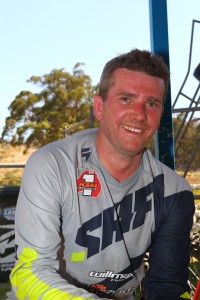 “To me, the best things about the air fork are its progression and its adjustability; the way you can change settings at no cost to suit different track types and conditions, and rider weight and ability. It encourages you to experiment, which helps you understand how your bike responds to different settings.

With all that adjustment on offer, you can find a happy medium between an acceptable firmness in the initial part of the stroke, while still having a plush ride over small bumps and good bottoming resistance. At the air pressure I needed to prevent it bottoming (around 138psi), I did have to give up some of that initial plushness relative to the Xplor fork, but not a lot.

To its credit, the Xplor does resist bottoming really well, but I think it would benefit from some added spring preload to help prevent it from falling through the mid-stroke in the hands of a heavier, faster rider. Once you get the AER air fork’s settings right for you, I reckon it has a more progressive and predictable action throughout the entire stroke. I know most off-road guys remain sceptical about air forks, but I think they’ll have to embrace them before long. They offer so many benefits, and no downsides that I can see (aside from the minor inconvenience of the rebound clicker being on the bottom of the fork leg).” 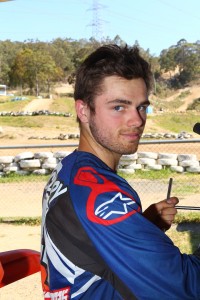 “I was amazed how even a 5psi change to the pressure in the air fork could have such a large impact on how the entire bike rode – its chassis balance, braking stability, and the way it’d turn-in and then squat in turns. And on the hardpack MX track, that made a massive difference to the bike’s traction – at both ends – and my confidence to push the thing. Similarly, just two compression clicks on the AER made a really noticeable difference.

I actually felt that the AER and Xplor forks had a pretty similar action, but at the 132psi I found I liked in the AER fork (mainly to help it squat and keep my cornerspeed up), it didn’t initially have as much bottoming resistance as the Xplor fork. But after winding some compression clickers back into the air fork, I found a really good setting that made it better than the Xplor everywhere.

For me, this test really reinforced how much tunability an air fork puts back into the rider’s hands. It’s going to mean more trial and error to get the fork set-up right for different tracks and conditions, but that also gives you a better understanding of your bike. To me, enduro bikes need to be super-versatile, and the AER air-sprung fork fits that description to an absolute T.” 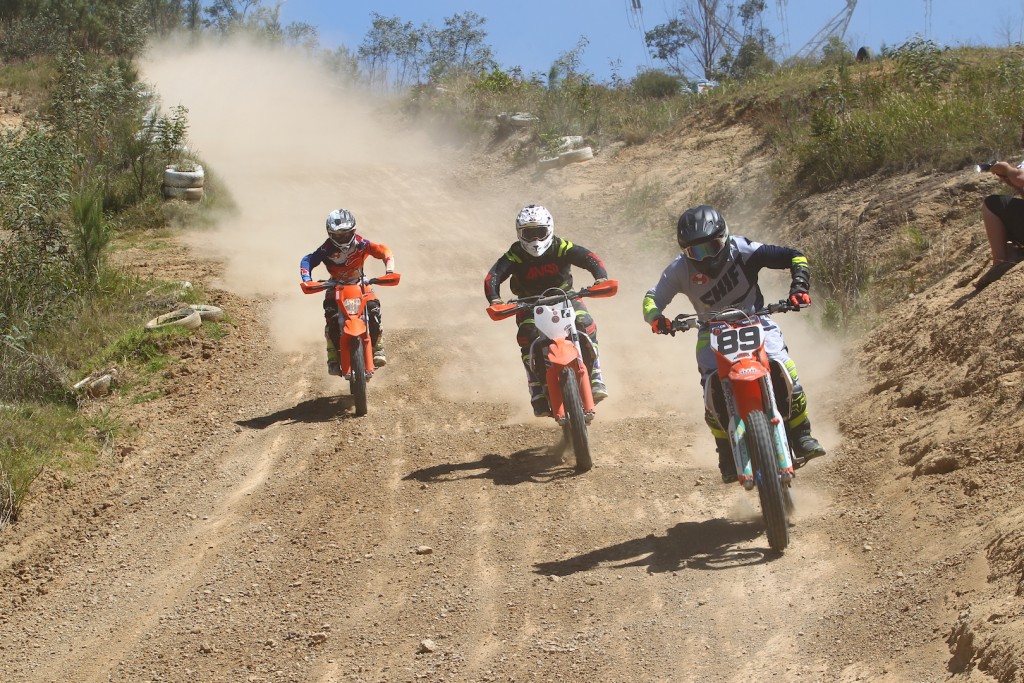 At 950mm in length, the AER fork is 22mm longer than the EXC-F’s Xplor fork, so we ran the air fork about 15mm up through the triple clamps on the enduro machine (which is where it hit the handlebars) to best replicate the EXC-F’s chassis geometry. Here are the main observations we made from that experience: