The second Motology Films epic adventure, MN II, will be released with a cinema screening at Hoyts Australia Entertainment Quarter in Sydney (ticket details available soon), plus as a digital download and DVD available for purchase at motologyfilms.com – all on APRIL 27th 2016. Save the date!

Following the success of their first extreme adventure film, Motonomad – a 7000km journey from Austria to the Pyramids of Egypt – Motology Films brings you the next epic chapter, Motonomad II – Riders of the Steppe, a 9000km motorcycling odyssey from Kazakhstan to Mongolia.

Paying homage to nomadic life, three riders attempt to live entirely off their motorcycles as they explore the vast deserts and perilous gorges of Central Asia. From Kazakhstan through to Russia, they venture deep into Siberia’s Altai Mountain range and attempt to cross the great Steppes of Mongolia. Traversing flooded rivers, snow capped mountains and baking hot deserts, hardship tests their friendship as they race toward the capital of Mongolia to witness the country’s greatest celebration, the Naadam festival.

Their journey is a true testament to living on a motorcycle, and a cultural insight into one of the greatest empires in the history of the world, the reign of Chingis Khan’s Mongolian Horde. Motonomad II is more than a motorcycle journey, it’s a life adventure! 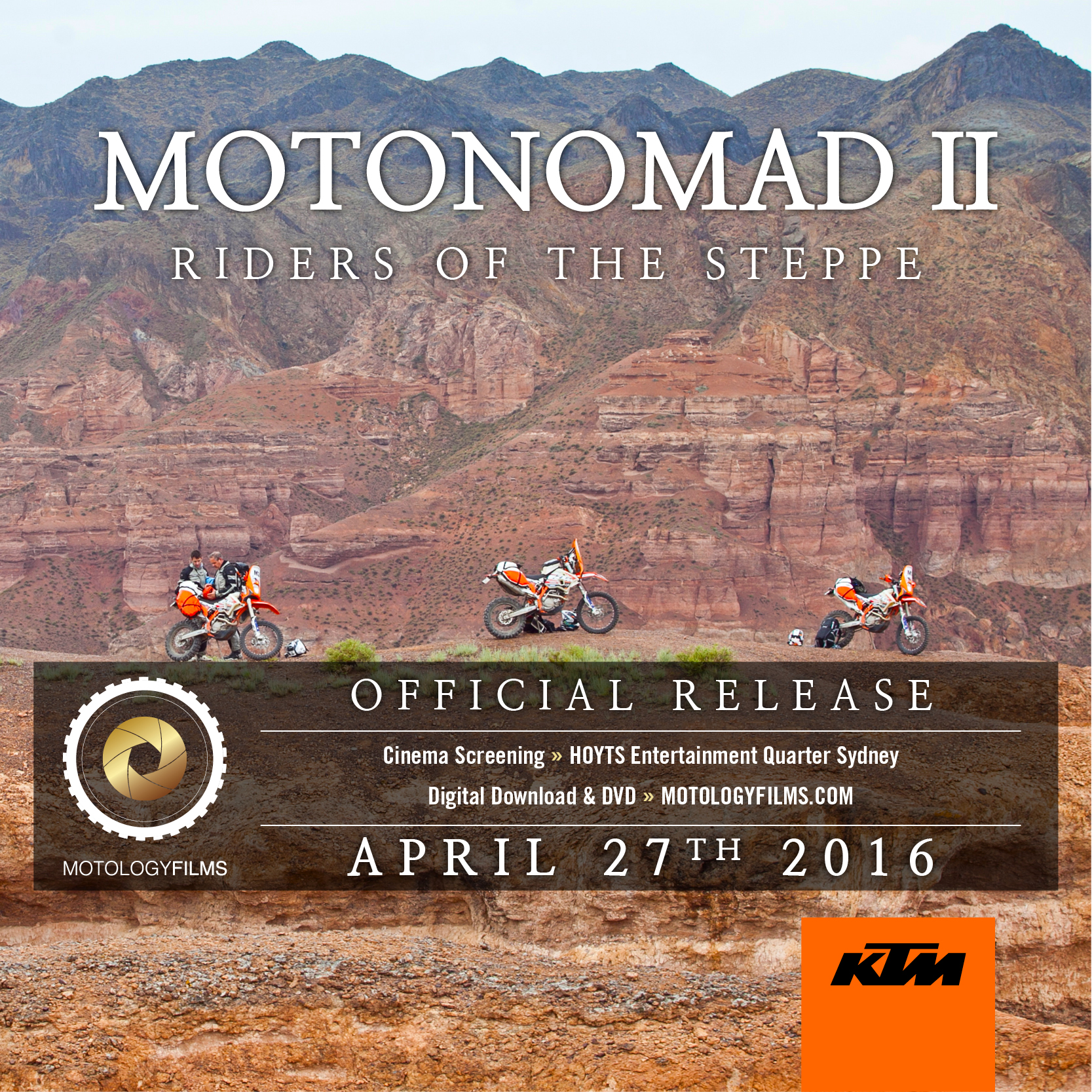