The final stop on the FIM Cross-Country World Championships calendar is the Rallye OiLibya du Maroc, which is currently being held in Morocco from October 3-9 2015.

Our favourite Aussie Rally Rider Toby Price came out of the gates firing, claiming a very close second place after Stage 1, only 1.41seconds behind first!

The Red Bull KTM Rally Factory Racing Team are all competing on the KTM 450 RALLY bike and will face around 2,000 km this week. The opening day was very technical, quite stony and included the first dunes. Stage One saw them travel in a loop around Zagora in the south of Morocco for a total of 463 km, of which 330 km was timed special. Tuesday’s Stage Two, the loop of Du Draa is 365 km of which 224 km is timed special.

Stage 2 of the Rallye OiLibya du Maroc saw Toby have a tough day, experiencing some difficulties with his navigation equipment to finish 11th (8th overall). In true Toby fashion, he’s “still smiling” and ready to get back on track for Stage 3!! Toby’s Red Bull KTM Factory teammate Sam Sunderland takes the overall lead after the Stage 2 win, with their factory teammates Pablo Quintanilla and Matthias Walkner rounding out the top 3 for Stage 2 and move into 3-4 in the overalls. Laia Sanz put her technical issues from Stage 1 behind her to finish 16th for the stage.

And unfortunate news broke this morning for Toby — he’s come down with a nasty sickness and therefore was unable to start Stage 3. KTM teammates Jordi Viladoms and Antoine Meo were also stricken down with the same virus and did not start. You might not be smiling at the moment Toby, but head up, we are all cheering for you and hope you feel better soon!

Red Bull KTM Factory rider Matthias Walkner finishes third in Stage 3 of the Npo Rallye (Rallye OiLibya du Maroc) and is just 5:22min off the overall lead. Sam Sunderland is 2nd overall and Pablo Quintanilla is in 4th overall. Walkner and Quintanilla fight it out for the FIM Cross-Country Rallies World Championship title. Laia Sanz is making a good recovery after the first stage setback.

More to come, so stay tuned for updates! 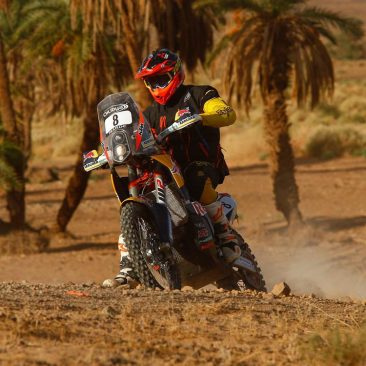 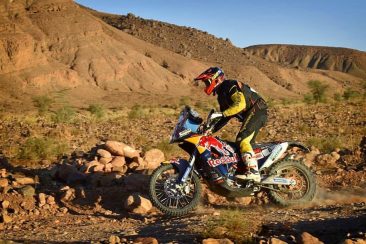 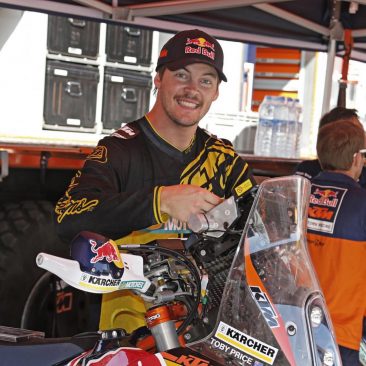 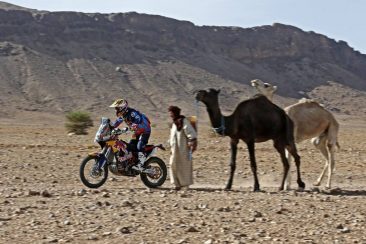