KTM Australia showed 50 VIP ticket holders the ultimate MotoGP Orange Experience over the three days of what was a stunningly successful Australian Grand Prix for the Austrian manufacturer.

This year’s Aussie GP was KTM’s first in both Moto2 and the premier MotoGP category and KTM Australia responded in the way it does best, going to the races with the throttle wide open… Ready To Race.

KTM Red Bull team MotoGP riders Bradley Smith and Pol Espargaro visited the suite on the Saturday night to meet the guests and get some photos and autographs, and provide the very latest from the coalface as they were interviewed by media personality Toby Moody.

The money-can’t-buy aspect, however, was the pit box tours, where KTM’s VIPs got to go inside the garage while the race team was actually working on bikes, see the riders and get a feel for the way the Red Bull KTM Factory Race Team operates over a race weekend. 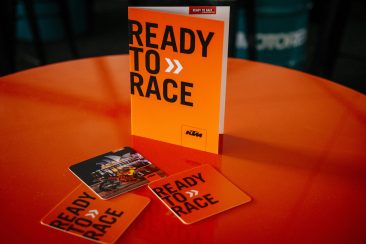 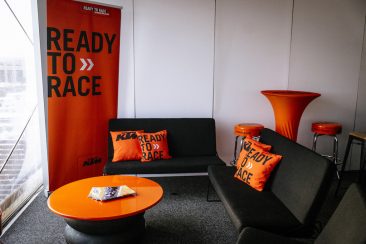 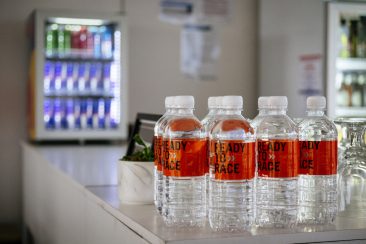 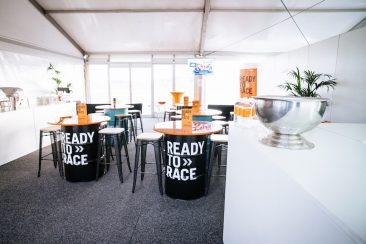 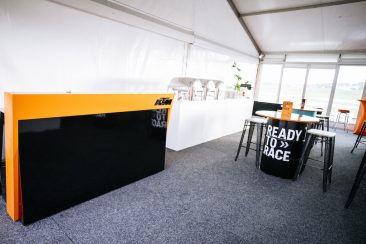 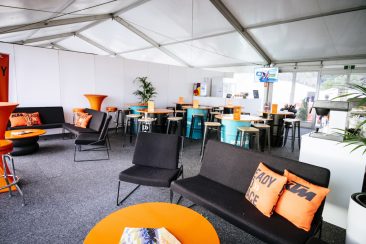 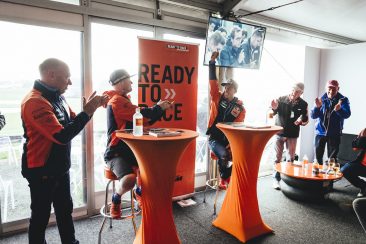 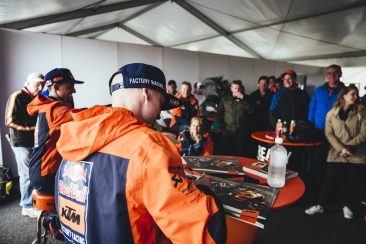 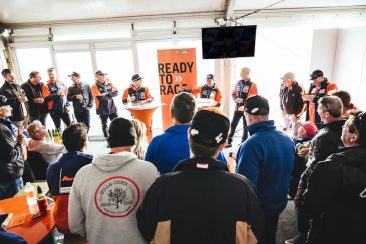 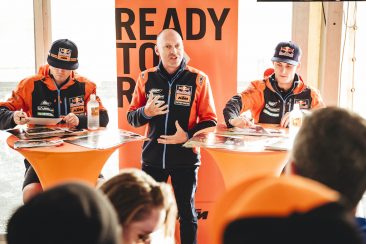 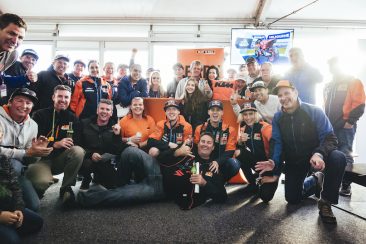 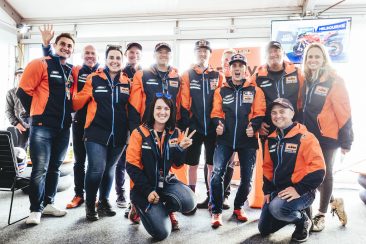 With its unique features, KTM Australia’s MotoGP VIP package was a rear wheel drifting, tyre smoking success, and it’ll be back again next year, so stay tuned!

Out on the track, the bikes and their riders were achieving huge milestones, with MotoGP riders Bradley Smith and Pol Espargaro qualifying well and the RC16 setting the fastest speed trap time on Saturday.

On Sunday both the MotoGP and Moto2 teams pushed to their best results of the year, with both premier class riders finishing inside the top 10 (Espargaro ninth and Smith tenth), in what was the tightest, most aggressively-fought Australian GP in years.

In Moto2, RedBull KTM AJO Racing Team riders Miguel Oliveira and Brad Binder not only gave the brand its first-ever Moto2 win in its maiden year, but its first 1-2 at the same time, with Portuguese Oliveira leading Binder over the line to spark the celebrations.

If you’re going to win a Supersport race in Australia, there’s  no better time to do it than when the most important team bosses in the world are looking on, so Newcastle KTM RC 390 ace Max Croker’s victory in the Supersport category couldn’t have been better timed.