It is currently REST DAY at Dakar 2016, so let’s catch up on the past two stages that took place over the weekend . . .

PRICE BACKS UP WITH STAGE 6 WIN.

Toby Price, victorious yesterday on the first marathon stage, picked up another success today, winning his third stage of ‪#‎dakar2016‬.

Trailing by more than 2 minutes at CP3, Price eventually won with a lead of 1’12” over Gonçalves. Despite his excellent start, the Portuguese rider was utterly unable to counter his rival’s comeback. Nonetheless, he keeps the lead in the general standings by 35 seconds. The discrete but efficient Walkner is now third, 2’50” behind.

The stage witnessed a considerable number of withdrawals among which the most notable was Ruben Faria due to a fractured wrist. As for Joan Barreda Bort, he drops into the depths of the general standings following repeated mechanical problems.

Toby Price – “It’s a long way yet. It wasn’t a bad day at all. I’m actually pretty happy. I led for the whole course today and made the tracks. It’s the first time I’ve done that, which I’m pretty stoked about. It didn’t start off in the best way. Around 22 kilometres there were a couple of cows stuck in the sand. I went to go around one of them but it pulled in front of me and I hit it. So it wasn’t the best start to the race. We just regrouped and made sure to be back on top of the road-book. It’s been a good day, so I can’t complain. There were a couple of tricky bits of navigation, but I just took my time with them and made sure I was on the right track. We didn’t make any mistakes today so we’re really happy with that and I think it puts us in a good spot now. So hopefully tomorrow we can do the same thing. For leading out the trail and leading out the tracks, I’m stoked at the pace I was going at. It’s going to be a close fight all the way to the finishing line, I think. It’s a long way away yet, but we’re pushing hard and I’m pushing along nicely and feeling comfortable, so we’ll see how we do. Once we get to the end of this first week and the second week kicks in a little bit, that’s when these little things go wrong, plus the bikes have been through a lot already in the first week. So I think it’s going to be pretty difficult at the finishing line of this one. The pace of the first week we’ve had so far has been up there pretty high, so compared to what last year’s Dakar was, the pace of that first week wasn’t that strong. But we’re doing the best we can. As long as we minimise the mistakes, we should be pretty good”.

Unfortunately teammate Matthias Walkner crashed at kilometer 17 of the special, ending his Dakar hopes with a broken femur.

Toby Price held steady to take 5th place for the stage, which sees him maintain 2nd in the General Standings.

Antoine Meo – “I wanted to be in the top 10 . . . it’s even better. The first part was real tough, we couldn’t see the terrain properly because of the sun glare. I really enjoyed the ride after the neutralised sector, I caught two riders and, because it was moist, there wasn’t any dust… Awesome. I rode fast, I made no mistakes, and I navigated properly towards the end. I felt much better than yesterday, so I attacked a bit. I’m happy. I’m discovering the Dakar, it’s still hard to judge. I wanted to be in the top 10 and, so far, it’s even better. I try to be consistent and not to get too tired. I’ll do my best to keep it up. I feel okay physically, but I know we’ve still got to tackle the toughest week. I’ll stay relaxed and we’ll see.”

Toby Price – “We had a good first week. I’ve led the race for the last two days. I won yesterday, but I don’t know exactly how high I finished today because riders who stopped to help Matthias will get the lost time back. It’s great to keep an eye out for others. Anyway, I’m happy with my performance today. There were Australian flags at the finish of the special. It’s nice to get support when you’re racing so far from home. You must never drop your guard, it’s the best way to make mistakes. I’m happy with the work we’ve done so far. It’s far from over, a mechanical or a navigational mistake can destroy everything. My aim is to finish the race and get a podium spot. We’ll see… We had a good first week, no significant mistakes. Our objective was to get to the rest day in a good position.” 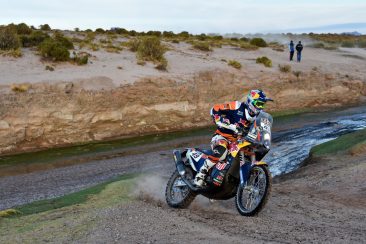 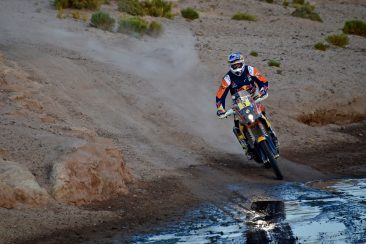 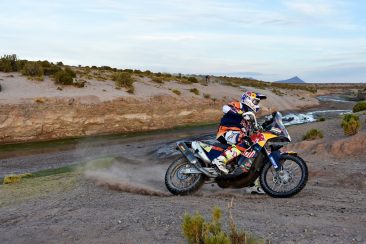 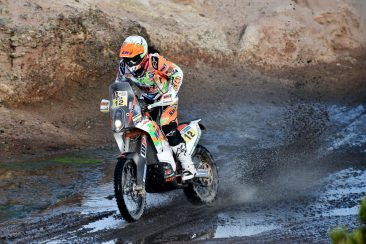 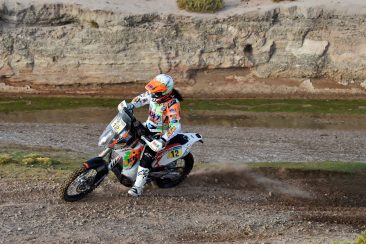 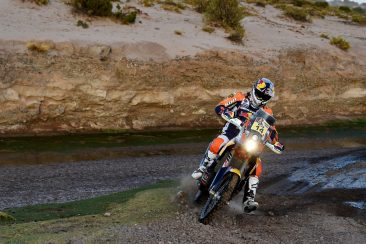 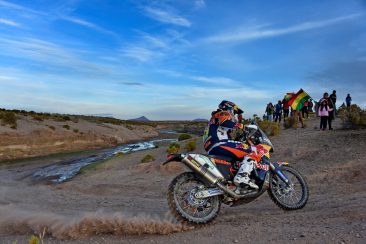 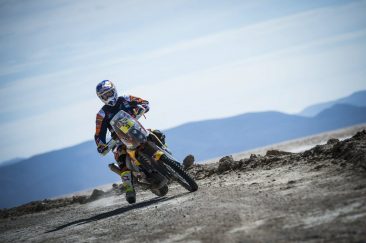 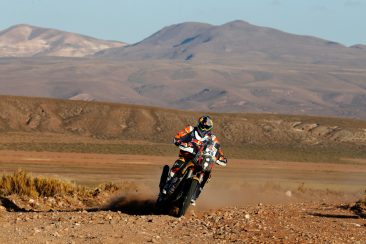 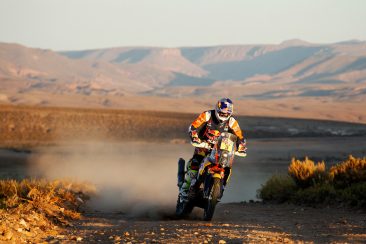 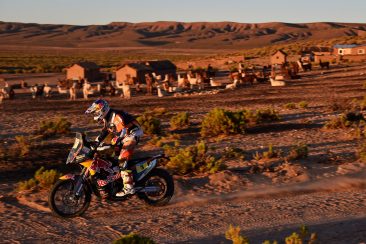 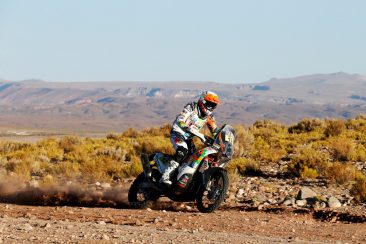 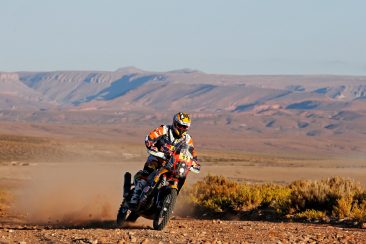 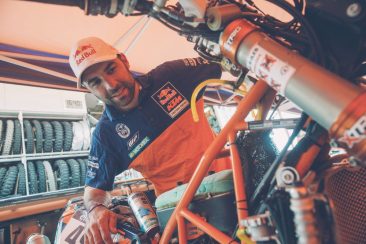 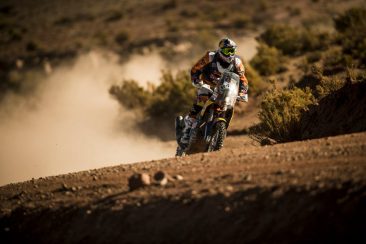 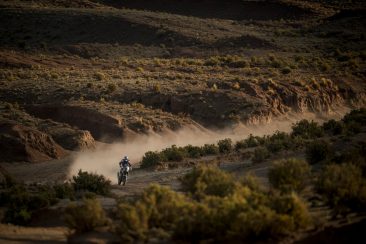 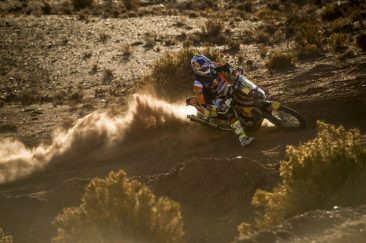 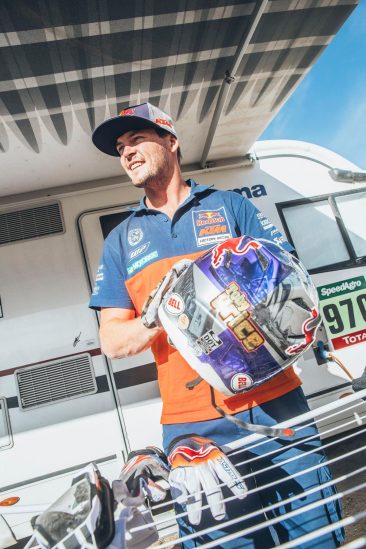 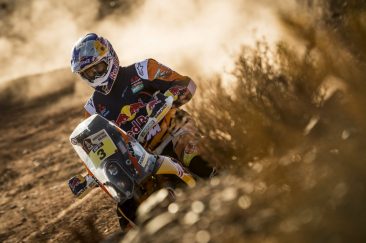