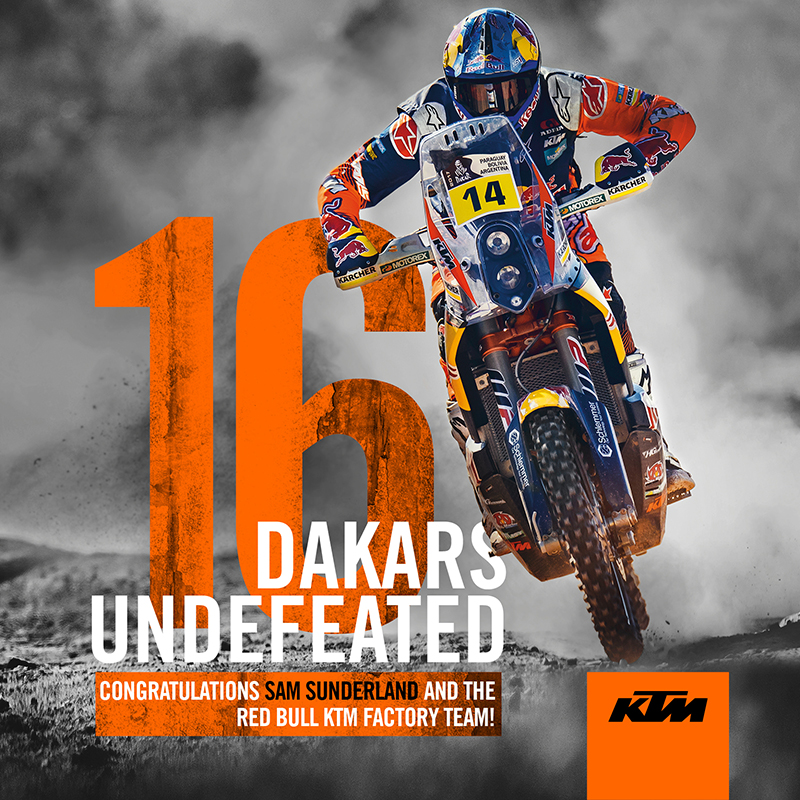 The 2017 Dakar Rally, an edition that delivered its share of drama was finally settled on Saturday when Red Bull KTM factory riders, Britain’s Sam Sunderland and Austrian teammate Matthias Walkner crossed the line 1-2 to give the Austrian brand its 16th consecutive victory. Spain’s Gerard Farres Guell completed a perfect day when he finished third for a complete KTM podium.

Sam Sunderland and Matthias Walkner not only succeeded in taking the top two spots, but also to complete the rally for the first time. Both had retired injured in earlier editions.

Sunderland and Walkner stepped up and delivered for the Red Bull KTM Factory Racing Team after teammate and 2016 winner, Toby Price of Australia, went out in the fourth stage after crashing and breaking his leg in four places. After surgery in La Paz, the Australian desert champion has now returned to home with the aim of being back on his KTM 450 RALLY machine in four months.

Sunderland also makes history as the first British rider to ever win the bike category at Dakar.

Sunderland: “When I crossed the line my emotions really took over. I’ve had a lot of weight on my shoulders for the last six days. Now it feels incredible. I have to say thanks to my team, the bike has been great from start to finish. When Toby (Price) went out of the race it was a blow to the team as he’s a good friend. Because of the strong bonds we have in our team it helped us to pull together and strive to do something special. There’s a lot of fast guys that have the potential to win this race, I think cutting out the mistakes was the key to this win.”

Walkner: “This was a really rough Dakar so to arrive in Buenos Aires on the podium is an amazing feeling. I had a tough year last year, so to be here now is a dream come true. The hardest moment came on Stage 10 because there was the potential for my position to change on this day. I really studied the road book before the stage to hopefully get some advantage. That paid off for and it felt cool to get rewarded like this.”

Spanish KTM factory rider Laia Sanz, who had a very successful second week after losing time in the first week, wrapped up her rally at 16th overall, just one place short of her pre-race goal of a top 15 finish. Also the women’s World Enduro Champion, Sanz is the standout woman rally-raid rider.

Australian rider Todd Smith, who flipped a coin with his brother in December to take a last minute spot for the 2017 Dakar, has finished 18th overall. An outstanding effort for having two weeks preparation for The Odyssey, congratulations Todd!

The 2017 Dakar started in Paraguay, travelled to the high altitude regions of Bolivia and then south and east through Argentina. The already extraordinarily challenging two-week event, this year introduced new navigation and levels of difficulty. It was also plagued by extremes of weather – temperatures from the 40 degrees Celsius to freezing, altitudes up to 4500 meters, torrential rains, flooding and in the last week, a massive landslide in Argentina that not only destroyed a village but left teams and vehicles trapped for 24 hours. The extreme weather conditions also resulted in two stages being canceled and another two cut at the half way mark of the timed special when flood waters made it impossible to continue.

The remarkable spirit of the Dakar was perfectly captured in two incidents. Speaking from his hospital bed in La Paz after a massive crash in the fourth stage, Price said his biggest regret was letting down his team. Then, on Thursday, Slovakian KTM rider Stefan Svitko, who finished second last year collapsed with exhaustion at the end of the special and had to be transported by ambulance to the bivouac. He later returned, picked up his bike and was on the start for Friday’s penultimate stage. Svitko crossed the finish line in overall 25th place.

While the Dakar Rally attracts the world’s elite rally-raid riders, it is also a magnet for private teams and amateur riders who make up most of the field of competitors. Ninety-seven, of the original field of 146 were at the finish in Buenos Aires. 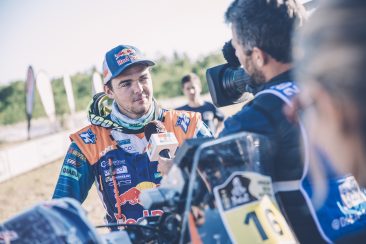 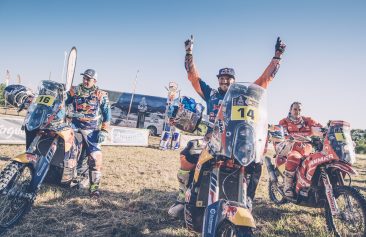 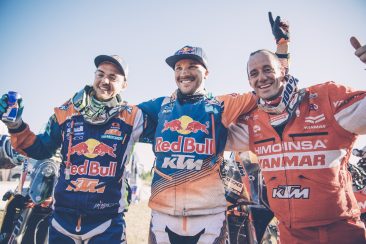 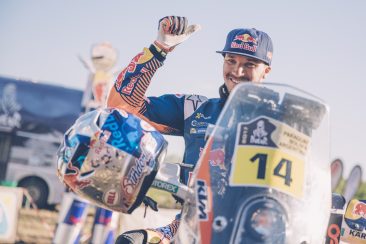 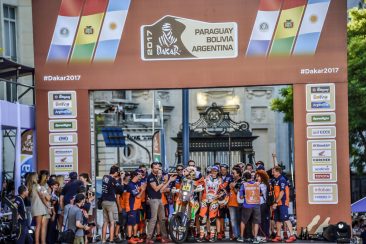 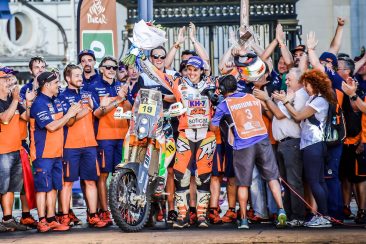 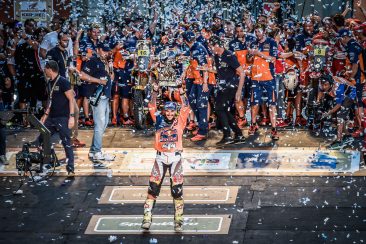 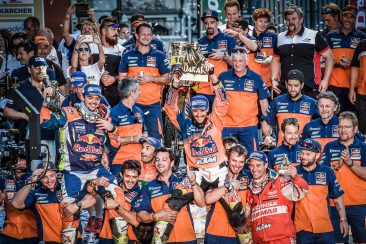 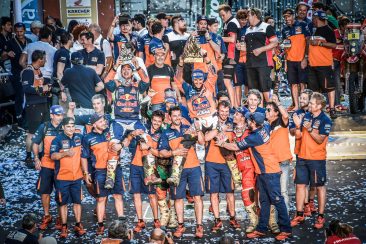 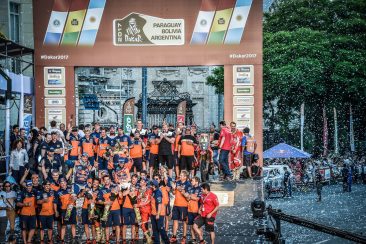 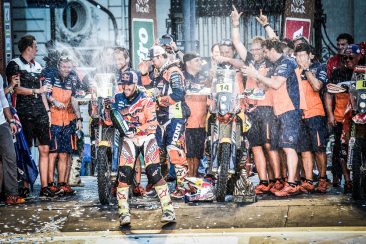 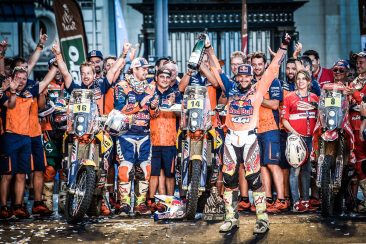 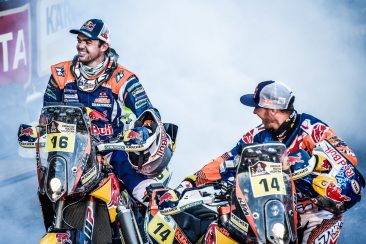 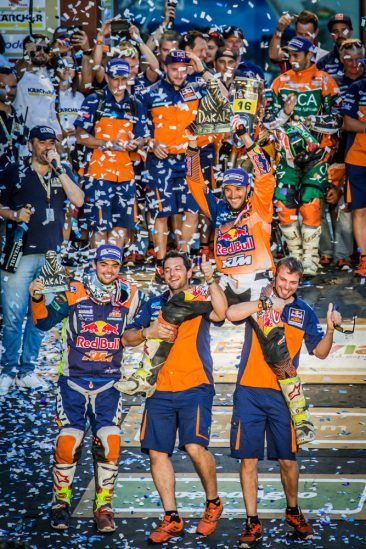 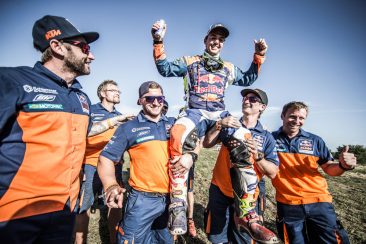 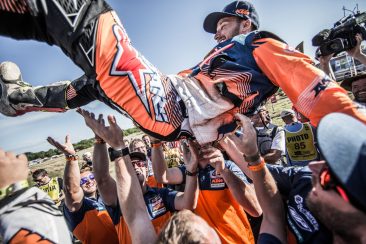 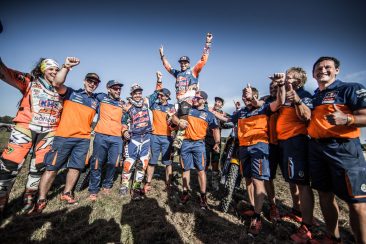