Meet Warren and Anita and their KTM 1290 Super Adventure.

When it comes to an Adventure riders “Bucket List”- Warren & Anita’s story is probably right up there for any orange-blooded rider.

That’s a pretty big statement, we know, well . . . how does picking up your brand new KTM 1290 Super Adventure straight from the KTM Factory in Austria, before taking in a four-week tour around the best and most scenic riding in Europe (on your own bike!) sound? Pretty darn good!

In May of this year, Warren and Anita packed their bags and traveled to Mattighofen, Austria to meet their brand new KTM 1290 Super Adventure, purchased from Col at Action Motorcycles on the Gold Coast!  The culmination of many months of planning and a lifelong dream, this trip saw Warren & Anita cover over 4,500km in four weeks, taking in epic roads through Austria, Germany, Switzerland, France, Corsica and Italy.

“We’ve done a lot of overseas motorcycle touring before,” Warren states. “But always on rentals, never our own bike. So to be able to do this on our own KTM was really special.”

Over a year of planning went into this trip, with Warren & Anita earmarking the 1290 Super Adventure as the bike of choice even before it had been officially released!

“I’ve done a fair bit of adventure riding all across Australia on my 990 Adventure and 690 Enduro R, but when we heard about the 1290 Super Adventure, we knew it was the perfect bike for this trip, especially as the back of a motorcycle is the only way to tour Europe.

Europeans love motorcyclists; everywhere we went we were greeted like rockstars because we were on a bike, it was fantastic. Parking is always an issue in Europe, but not so when you’re on a bike. In one town we were even given access to the little hotels carpeted conference room to park the 1290! It was amazing, the people could not have been more welcoming when they saw we were traveling on a motorcycle.”

“This is the best holiday we have ever had,” Anita said. “We’ve been a lot of places, done a lot of things, but this just topped it all. We took our time and really enjoyed every place we went, it was fantastic. I can now however give advanced lessons on how to pack! The panniers on the 1290 were awesome and fit everything we needed for four weeks – even my hair dryer! 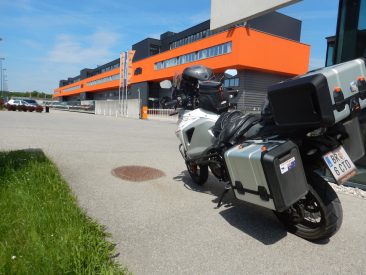 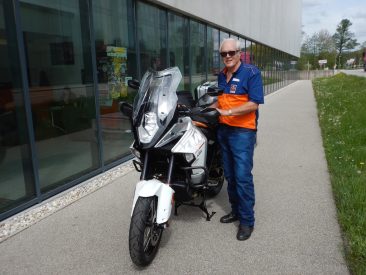 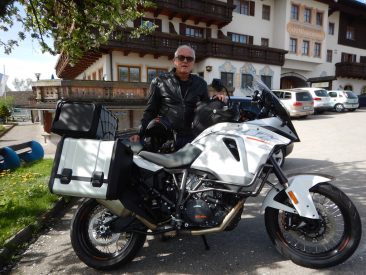 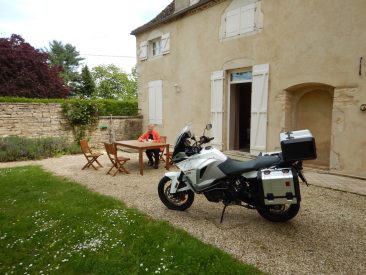 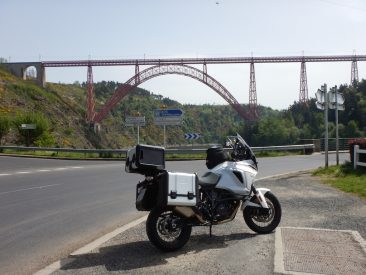 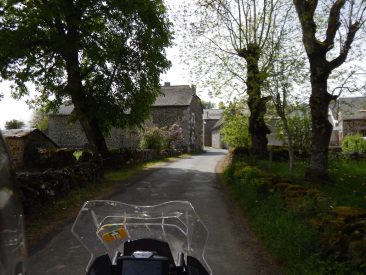 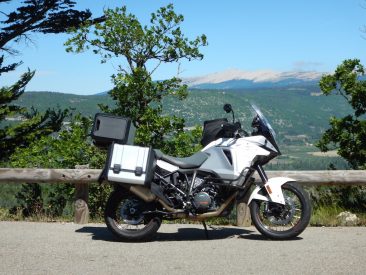 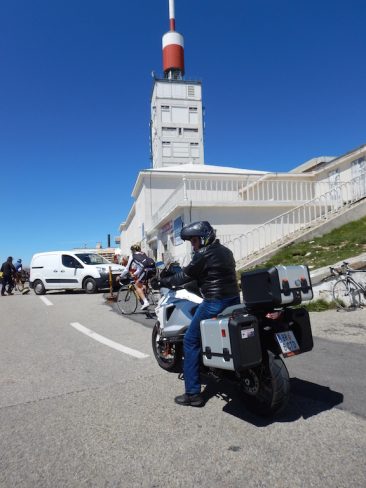 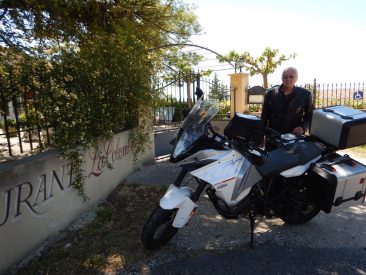 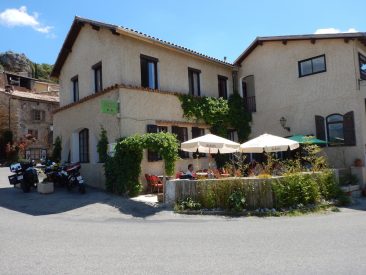 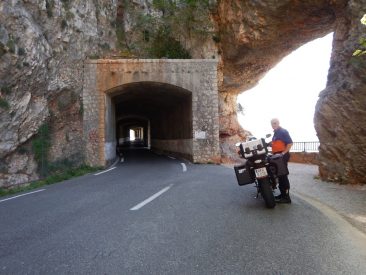 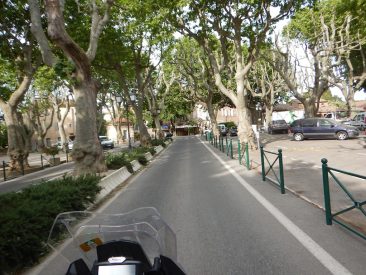 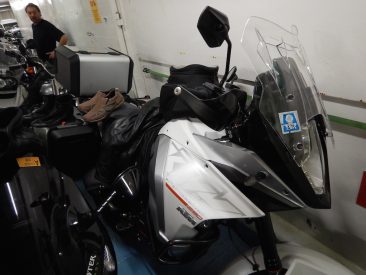 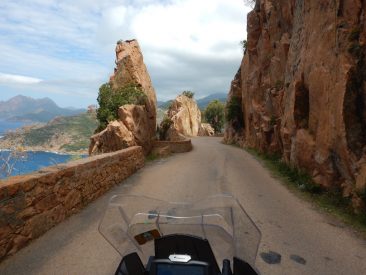 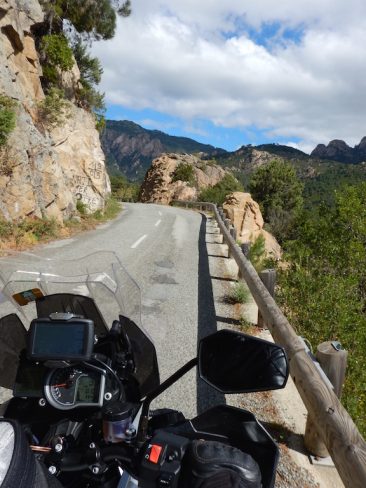 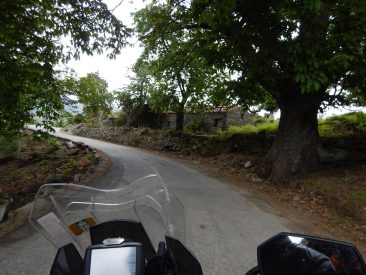 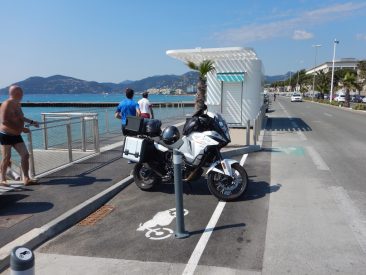 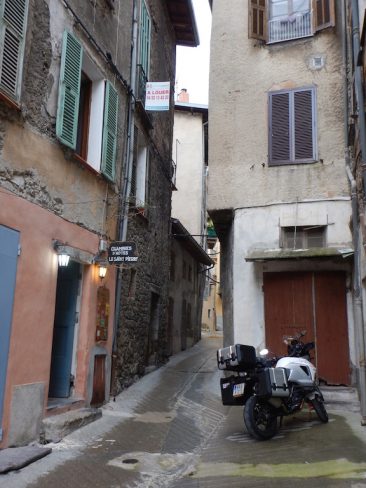 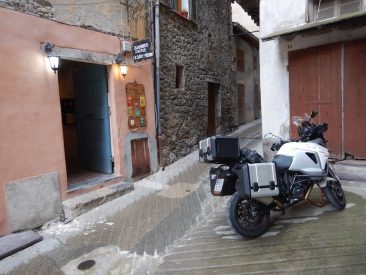 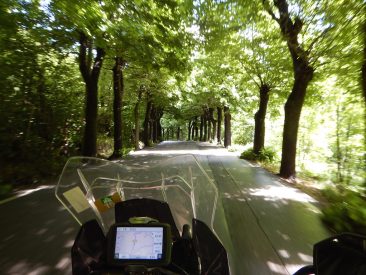 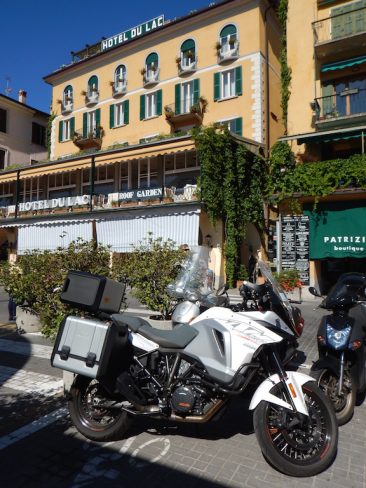 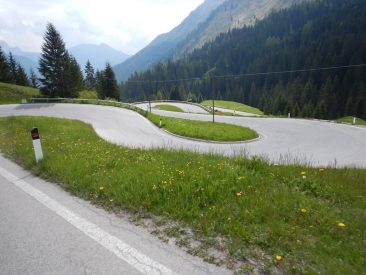 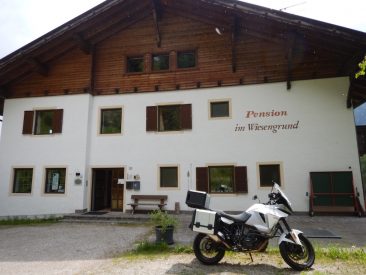 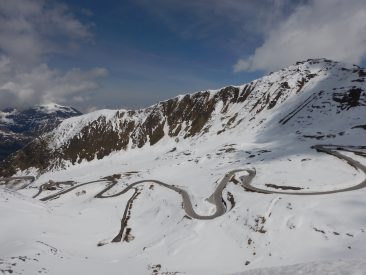 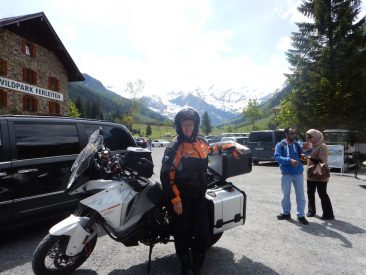 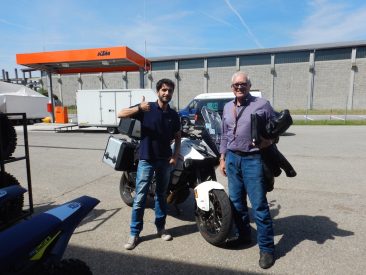 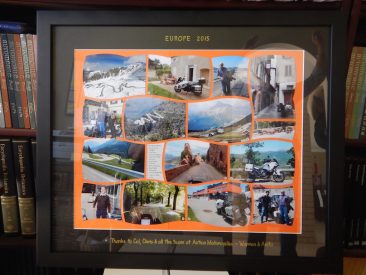 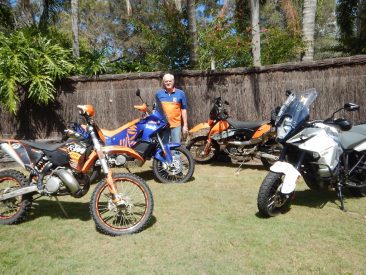 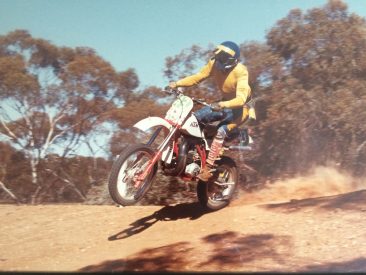 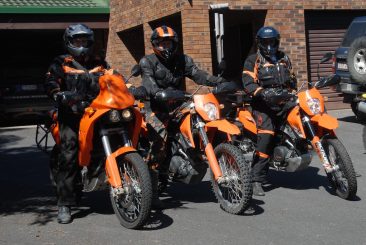 Warren has been a KTM owner for many years, with the new 1290 Super Adventure joining a 990 Adventure and 690 Enduro R in the shed, along with a host of other bikes.

“The 690 Enduro R is amazing; I can go anywhere on that bike. I did the inaugural APC Rally in 2011 on it and Anita and I have even done two-up rides before, it’s great. I just love all types of adventure riding now. A normal week for me includes 500+km travelled, whether its full offroad or some long-distance tar – whatever I can find.

It was really funny when we dropped the 1290 Super Adventure off at the Factory though. The Factory guys – Alex, Harold and Chrisoph – could not have been more helpful with everything, but when I told Christoph that I couldn’t wait to get home and put a bashplate on it and see what it could do on the back roads – his jaw dropped and he couldn’t believe that I would take a 1290 on the dirt! They don’t have much dirt in Europe, so its just not something they normally do! ‘I can’t figure out you Australian’s!’ Christoph said!”

So what did Warren do when the 1290 Super Adventure returned home?

“First thing I did when I got it back to Australia was put some good dirt tyres on it ! It is definitely great in the dirt ! They have been able to teach the elephant how to tap dance !!”

So what next for these two wayward travellers?

“We just need to work out how we can do it all over again!” They both said!

Thank you to Warren & Anita for sharing your story, it’s a trip that’s definitely on our bucket list.  #ridektm