“Hi there, I must have something wrong with me. I have 5 KTM’s in my shed at the moment. All different models. Or maybe I just have orange blood!!”

That is how we met James Plummer. That email sparked a conversation and we invited James to share his rider story on RIDE KTM – come on, we had to find out more about this #orangebleeder!

Since then I have only owned KTM’s and have had a steady flow of orange blood ever since.

Being raised on a large property in the Adelaide Hills, motorbikes were are part of life from an early age.

I have since passed this way of life on to my daughter and my son who both enjoy getting out and riding KTM’s. Our own property in the Adelaide Hills near Murray Bridge in South Australia would have to be my favourite place to ride. It’s great to get out and enjoy the fresh air and enjoy the variety of tracks and terrain that we have made over the years with family and friends.

I have been lucky to be involved in racing KTM over the years and through this I have been extremely lucky to meet some great people and make some great friends from all over Australia and also overseas; with the added bonus that whilst visiting these friends I have done some amazing riding both here in Australia and overseas!  Most memorable would be trail riding through the Andes in Chile, and also trail riding through the mountains of eastern California.

As I am writing this, my son Tate and I are preparing to leave early in the morning to drive to Lithgow, NSW as Tate is competing in AORC series in the J3 class this year aboard our brand new stock standard KTM 200 EXC this weekend.  This will be Tate’s first year competing the full AORC series and we are both looking forward to the experiences he will gain and also the endless road trips.  😉  We have a busy schedule planned this year as Tate is keen to compete in all AORC rounds as well as all SAORC rounds, and also hope to make to the Hattah Desert Race and also squeeze in a few club rounds as well.

KTM’s are a big part of our family – with myself, my son Tate and my daughter Teagan all enjoying the Orange brand as much as we can. – James 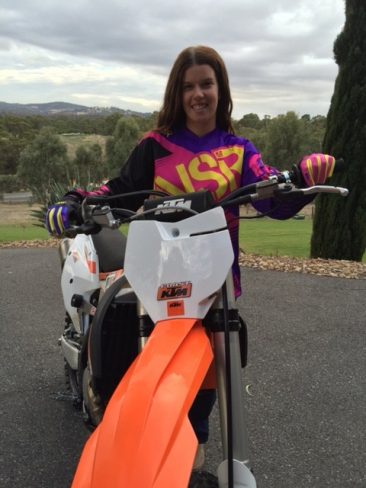 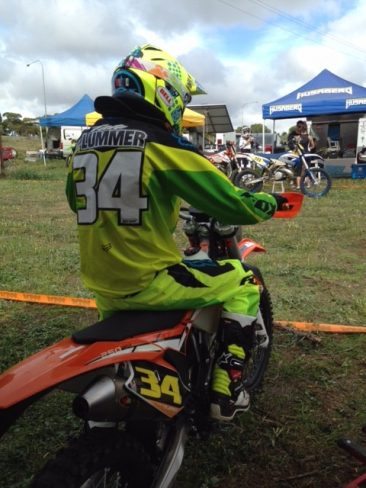