We saw Part I of the Chris Birch’s SE to EXC Project back in January – (Read here: http://www.ridektm.com.au/ktm-rider-stories/chris-birchs-se-to-exc-project-part-i/ ). But good things come to those who wait – and the time and energy put into this project is obvious with the final result. Wow! We hear from bike co-creator Will Dangar as to what this monster is made of . . .

Donor bike was a 2006 model KTM 950 SE. It had been crashed and needed a fair bit of work to get roadworthy again however had low kms. Aim of the project was to convert it from an adventure style bike to a more enduro looking weapon.

First thing we did was strip the bike and send the frame to be repainted by my mates at Eastside Collision in Botany, just around the corner from my workshop.

Chris and I had seen a few good versions of what we wanted to create on YouTube, one of which had a 2-into-1 exhaust done by CJ Designs in the states. These guys also modified and shortened our Remus silencer so that it tucked neatly under the side cover not unlike all EXC bikes. It also sounds great. The stock air filter and airbox were replaced with a rottweiler air filter and intake. Once this was done we had to change the jetting and tune the carburettor to suit the changes to intake and exhaust.

Other engine modifications were a new OEM water pump and a new fuel pump and inline filter from Facet.

The SE has an unappealing front end so we removed the stock headlight instrument cluster and guard. The guys from Highway Performance Bikes in Rockdale assisted me in getting the front end of a 2014 500 EXC and with a few tweaks it fitted really neatly.

After test riding we shortened the back of the front guard as it was rubbing against the radiator guard on big hits. A trail tech instrument cluster was added as well as a temperature warning light and an oil pressure light.  Stock bars were replaced with Renthal 996. Both Chris and I like lower than stock front ends on our bikes. We also added a set of Jet Barkbusters which I run on all my EXC bikes.

The hardest part of the conversion was tidying up the rear end and removing all of the blinkers, mudguard and luggage handles. To reduce the mudguard we removed the rear section then custom built a tail tidy using 6mm hard plastic cut to size and screwed to the sub frame. An Acerbis tail light and number plant holder was then screwed to this and the result was a high, streamlined solution that looks great.  My mates at Fineline Automotive in Botany assisted with all of the tricky mods and completely rewired the bike, removing all the wiring that was redundant along with masses of pollution hosing.

Other minor mods were wave brake rotors front and rear to give the bike a more modern appearance and improve braking performance, replace the front and rear sprockets to a 16/45 running a DID 525 chain. Rubber is FIM spec Mitas running heavy duty tubes.  All the suspension was serviced and tuned by Nick Dole from Teknik who has done an amazing job on my 1190 Adventure R. It’s still a bit of a work in progress as we have not had enough time to set it up properly however it’s much stiffer than stock for bigger hits.

Cosmetics included new plastics and a really beautiful graphic sticker kit done by T&C based off the 690 Enduro R design.

Now it’s just a matter of riding the bike and refining the suspension. The challenge is getting used to the immense amount of power from what feels like a heavy 500 EXC! It lulls you into a false sense of security and you need to be careful it does not catch you out as it’s still a 180kg monster.

Look out for some more pictures and video when Chris returns from Canada and takes the monster out for a spin! 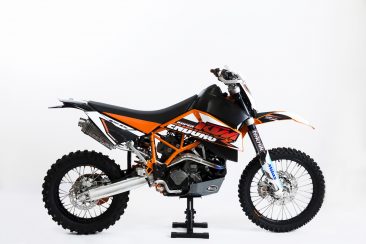 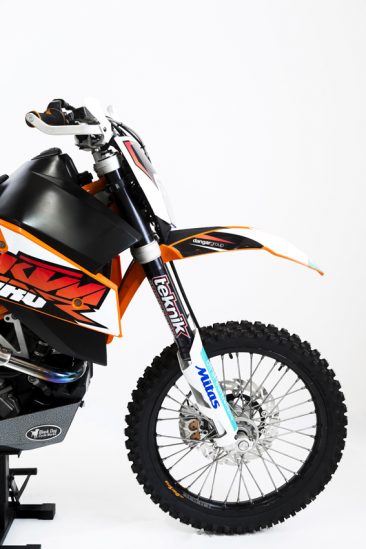 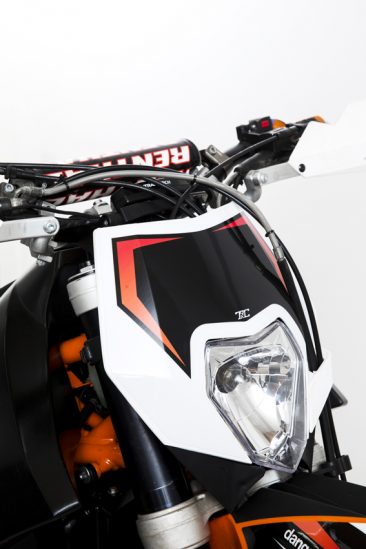 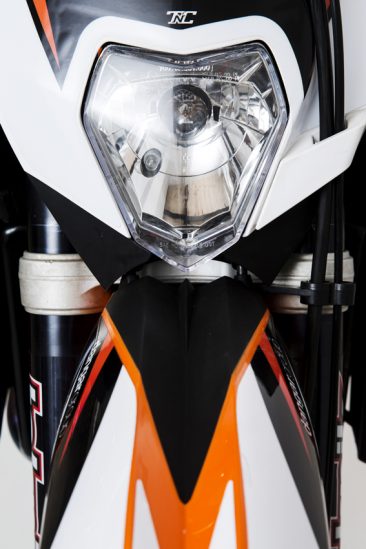 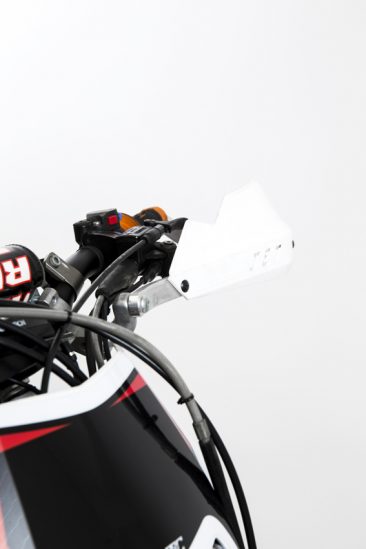 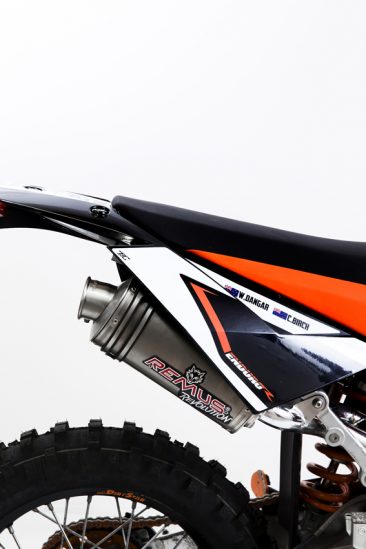 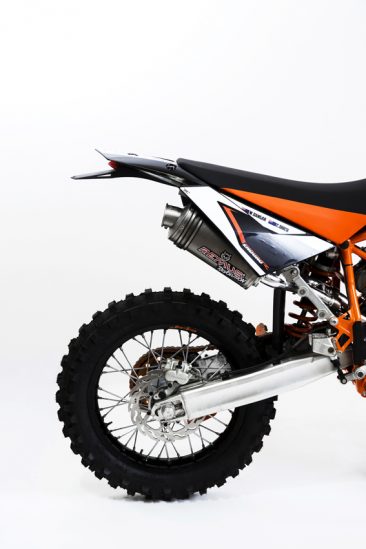 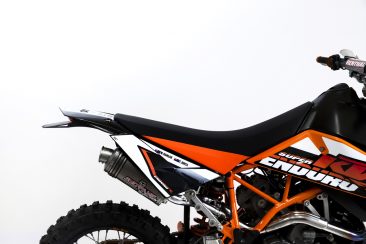 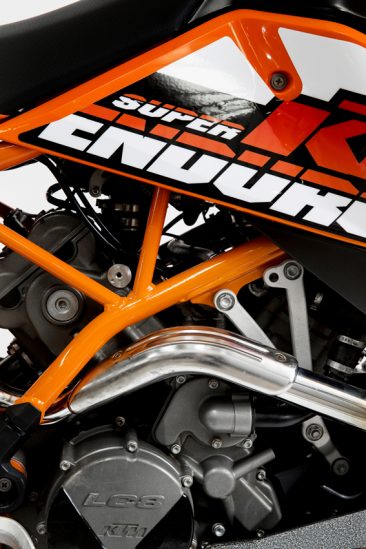 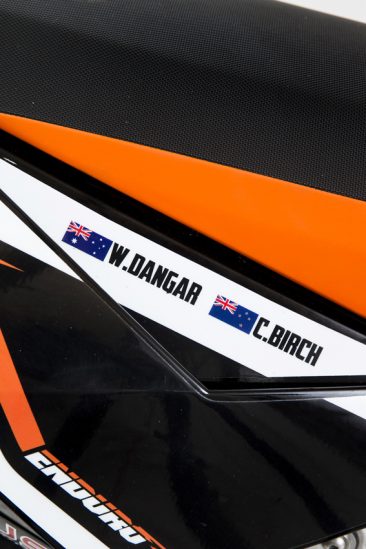 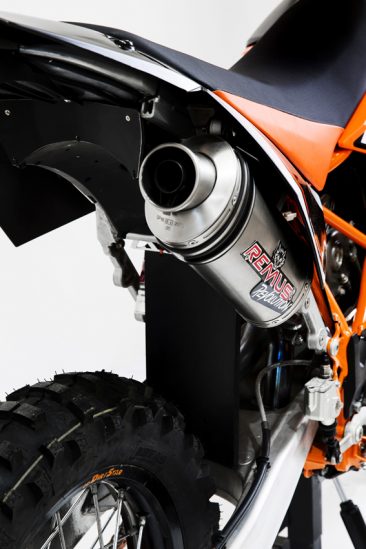 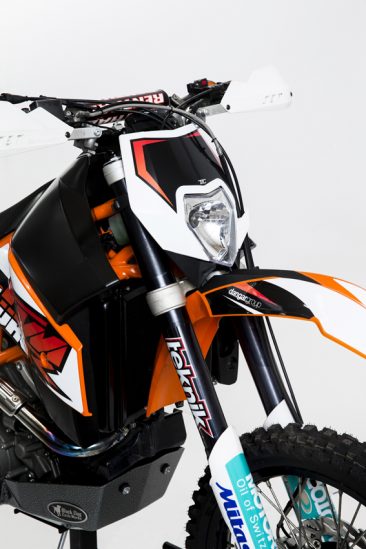 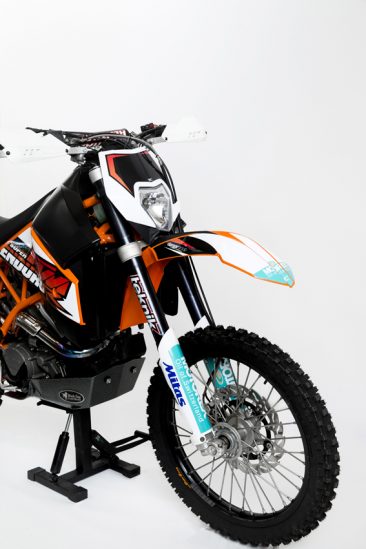