Raising the bar of adventure to heights never before witnessed, the third-annual KTM Australia Adventure Rallye, held from 1st to 8th June, marked a true first for the KTM Adventure family, resulting in an experience that will remain with every rider for a lifetime.

True adventure was thoroughly enjoyed as the 244 participants camped beneath the stars every night of the journey, which travelled 2700-kilometres in seven days, from the magnificent Maryfield Station through to witnessing the start of the iconic Finke Desert Race where KTM-mounted trio Toby Price, David Walsh and Jack Simpson ultimately swept the outright podium.

In between, the Rallye traversed all kinds of awe-inspiring locations, including Heytesbury Cattle Co’s Humbert River Station to North Star Pastoral’s Limbunya Station via the spectacular Gregory National Park, Suplejack Downs Station and, finally, from Tilmouth Well through to Desert Edge Motorcycles in Alice Springs where the final bivouac was reached!

North Star Pastoral played an instrumental role in the 2018 Rallye, generously opening their stations and providing the utmost hospitality for riders and staff who were involved in the epic adventure. Without North Star Pastoral, the Outback Run wouldn’t have been possible. They also featured as title sponsor of the factory North Star Pastoral KTM Desert Racing Team at Finke.

A total of 45 staff were on hand to deliver an adventure of the scale that has never been undertaken previously, including representatives from KTM Australia, North Star Pastoral, Motorex Australia and a range of highly-valued volunteers. Factory support was also appreciated in the form of KTM Marketing Technician Clemens Maschler making his way to Australia for the event.

Extensive support including road trains containing luggage, lights, power and a purpose-built kitchen were welcomed, as were helicopters and 4WD back-up vehicles, plus a Royal Flying Doctor Service 4WD. It was a moving roadshow catering for 300 people in ultra-remote areas of the Northern Territory.

While there was a higher injury rate encountered on the opening day than ever previously experienced as five riders were transported with varied injuries, the comprehensive medical plan including the assistance of the Racesafe Medical Team, an on-site helicopter and the excellent response of CareFlight ensured all injured riders were treated in Darwin Hospital within hours of their incidents.

The KTM Australia Adventure Rallye: Outback Run brought about a fantastic camaraderie, as many riders ventured outside of their comfort zone to rise to the occasion of camping and riding in rugged outback landscapes. Many accomplished what they never thought possible, making for an amazing sense of achievement.

Near 90 percent of riders completed the Rallye and each received a special finisher memento for their achievement. Some riders elected to depart the official route and make their own way back to their chosen base prior to its conclusion.

A community partnership with Royal Flying Doctor Service – in which riders were encouraged to raise funds through the Everydayhero website in addition to donations made during the event – resulted in a remarkable $108,131.65 raised collectively. Part of that fundraising included KTM Australia auctioning off the coveted ‘001 Rider Spot’, with proceeds going to RFDS. 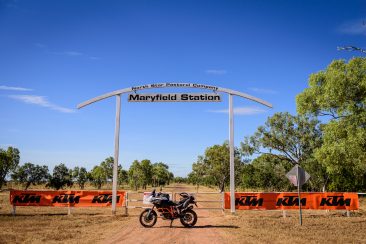 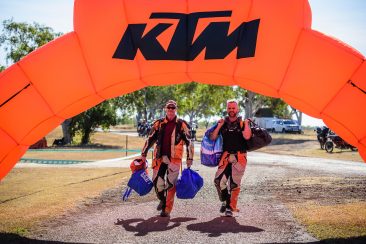 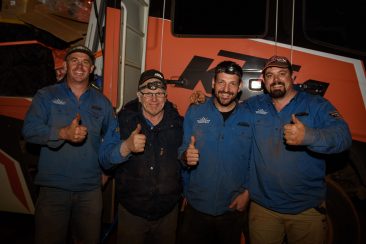 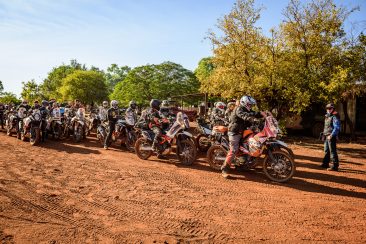 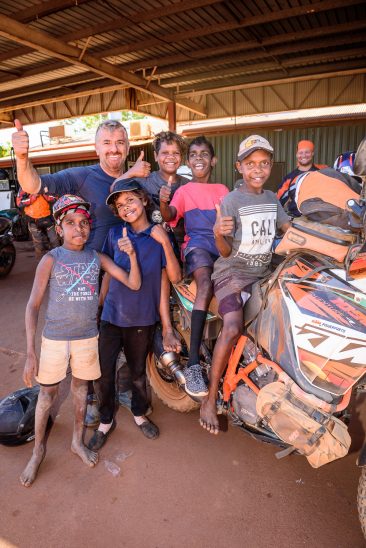 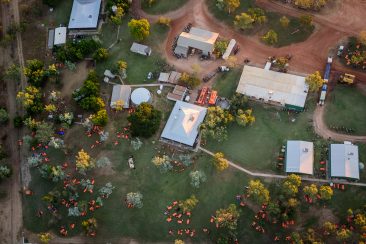 Jeff Leisk – General Manager, KTM Australia: “Bringing our KTM Adventure Rallye concept to the Outback has been a long time in the making and to see it come to fruition because of the KTM and North Star Pastoral partnership, and the support of the KTM dealer network and KTM adventure riders, is outstanding.  We will most likely not see an adventure of this scale again – but to be able to visit these remote Outback regions, areas where not many people have ever been before, is such a privilege.  We couldn’t have done it without Colin, Jo and the team from North Star Pastoral, so again a massive thank you to them for their graciousness and hospitality.  It is still sinking in how many kilometres we travelled, how remote we were and what we experienced, but extreme adventure is the KTM way and I think every rider there and this entire event personified that ethos.  To sum it up in one word: EPIC!”

Drew Mayer – Rallye Rider: “Thanks again for an amazing time and incredible memories that will last in my mind forever. I’m just going through GoPro footage and dusty clothes and still can’t believe it’s over – what a journey and a privilege.”

Andrew Kazakoff – Rallye Rider: “Just wanted to say thanks for all the work you did for this year’s event! It was an amazing trip and have come away with some awesome memories and stories – especially getting my bike choppered home! I hope I’ll be lucky enough to get on another one of these one day!” 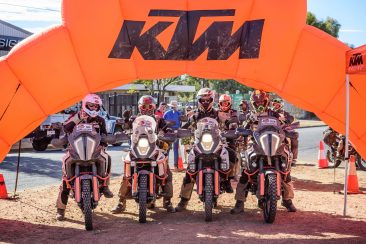 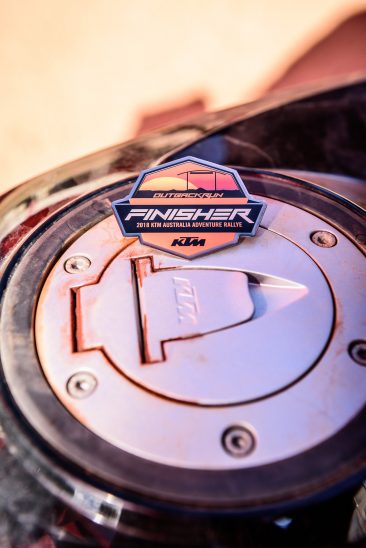 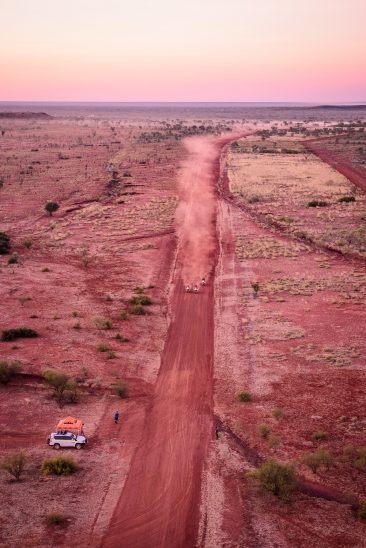 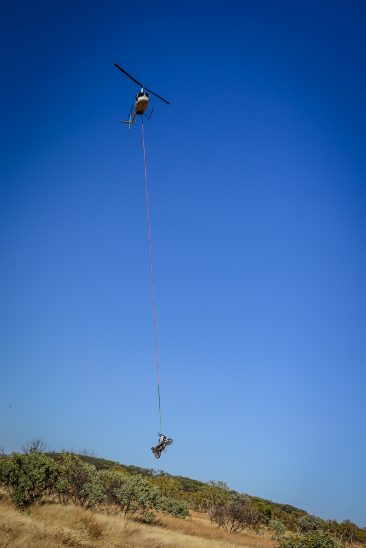 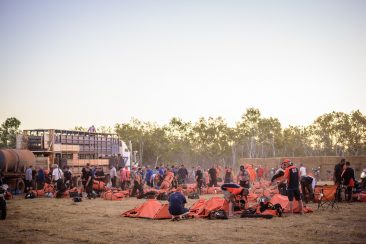 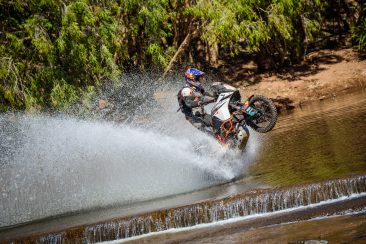 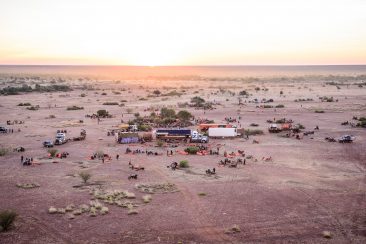 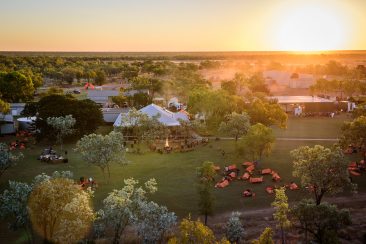 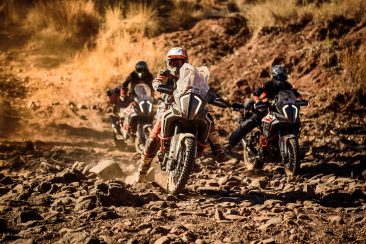 KTM Australia sincerely thank every rider who participated in the 2018 KTM Australia Adventure Rallye: Outback Run, as well as our own in-house staff for their extraordinary efforts, North Star Pastoral staff and all of the volunteers who worked tirelessly to ensure our riders were treated to an amazing experience.

Stay tuned for the official post-event videos to be released in the coming weeks.

Backing up from this outstanding outback adventure, plans are already in motion for the 2019 KTM Australia Adventure Rallye, which will be held in Tasmania during late March/early April! Stay tuned for further information to be released via RIDEKTM.COM.AU or through your local KTM dealership.