ANAHEIM, Calif. – It was a successful night in Anaheim for the KTM brand as both of its factory teams came away with podium finishes at Round 3 of the 2020 AMA Supercross Championship in Southern California. Starting with the premier 450SX class, the Red Bull KTM Factory Racing Team returned to the podium once again at Angel Stadium with a solid third-place performance by Reigning Champion Cooper Webb. In the 250SX West division, Troy Lee Designs/Red Bull KTM Factory Racing’s Brandon Hartranft raced his way to a second-straight podium with another impressive third-place ride.

Coming off a tough finish in St. Louis last weekend due to an ongoing sickness, Webb was able to bounce back in Anaheim beginning with a solid sixth-place qualifying position. He went on to secure a good start in 450SX Heat 1, where he powered his KTM 450 SX-F FACTORY EDITION to second-place early on and he rode a great race to secure a runner-up finish in the heat. In the Main Event, Webb grabbed a top-five start and worked his way into second early on, dicing back-and-forth for a top position through the first half of the race. He fought his way back up to third at the halfway point and from there, he made a big charge to bring himself to within three seconds of the leader as they made their way through the finish. With a hard-fought effort, Webb was able to secure third overall for the night.

Cooper Webb: “It feels good to be up here on the podium, it’s been a tough start to the season. I went to the doctor on Monday after A1 and found out I had the flu and strep [throat] so it was a tough week leading up to St. Louis. It was a good learning experience for me and this week was much better, I was able to ride and train a little bit more. I’m pumped to be up here and we were pretty dang close [to the winner] so I can’t complain.” 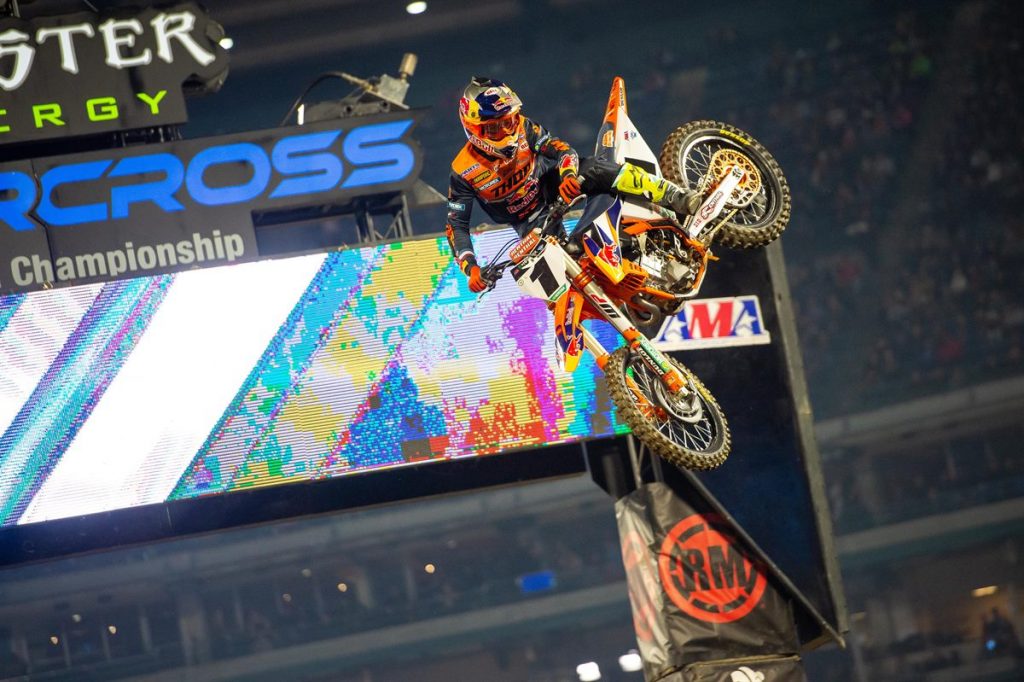 It was another solid day for the Troy Lee Designs/Red Bull KTM Factory Racing Team as Brandon Hartranft made his second-career podium appearance on Saturday. Hartranft powered his KTM 250 SX-F to a top-five start in the Main Event, where he battled for the fifth-place position early on. Halfway through the 18-lap race he made his move into fifth and from there he positioned himself just outside the podium battle. On the final lap, Hartranft capitalized on a mistake by another rider and from there he maintained his composure to ride his way to a third-place finish.

Brandon Hartranft: “It feels just as good [to get on the podium] as last weekend, I am so happy. I’m starting to believe in myself a lot more. I definitely want to win – that’s the main goal – but I’m just going to take it step by step and make the weeks count.” 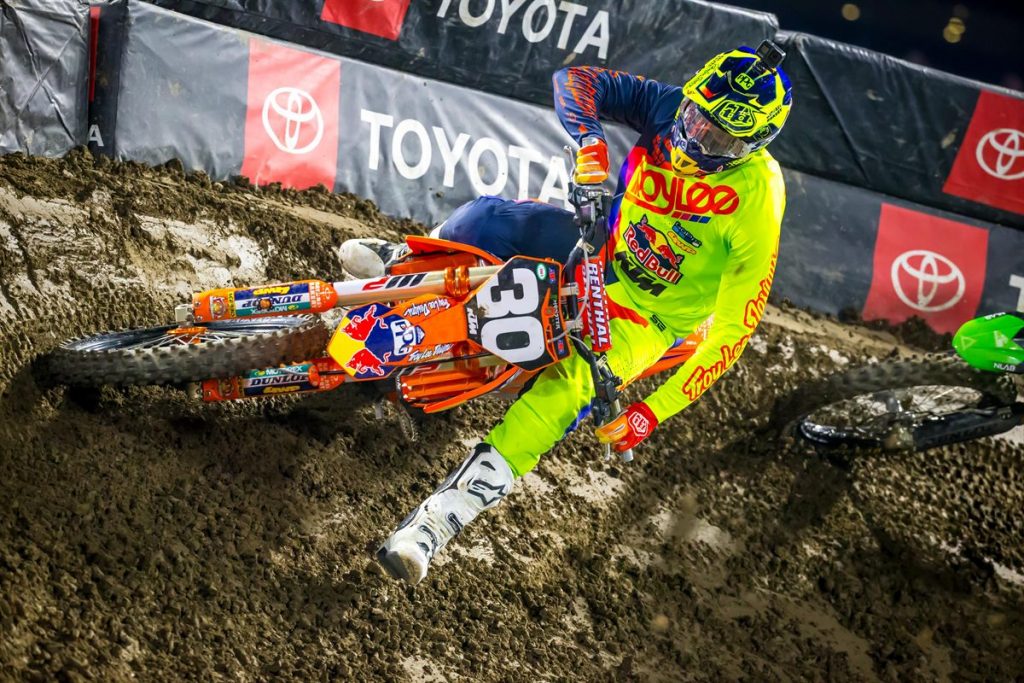