Meet Dean Morgan and his 2014 KTM 1190 Adventure R. An avid adventurer for the past 40+ years, Dean tells us about why he loves his Orange adventure bike, why safety gear is important when picking fights with ‘Roo’s and how he has found the 1190 R to be the “one” !

Thank you for sharing your story Dean!

Experience: 40+ years offroad, most of my life in Tasmania, but now living on the Gold Coast the last 8 years.

How long have you owned your KTM? 12+ months.

Favourite Adventure riding destination:
I started the SE QLD Adventure Riding Group a few years ago, and we spend a lot of time in NE & Central / Northern NSW. I love it around the Tenterfield / Glen Innes / Grafton / Port Macquarie areas of NSW in particular, and spend many weekends away down there with lots of remote fire trails & single tracks. As soon as you hit the NSW Border from QLD, you have the choice of awesome Adventure riding from narrow single trail, to wide open dirt roads. Northern & Central NSW has some great trails, and brilliant weather for riding too.

Best Adventure Riding Story:
I used to live on the Gold Coast, and work down near Sydney for many years. I usually used to fly down every week, but at least once a month I would ride down instead on trails. The ADV routes were typically 12-14+ hour days, and 1,000+ km per day.  Unfortunately, I started getting a bit too confident on the rides, and started getting more and more remote with the trails I took. One evening I hit a Kangaroo at dusk on the BMW 1200 I had at the time over 90km away from civilisation and wrote off the bike (and the roo). My GPS & phone were smashed too. I always wear full safety gear, so thankfully I was not hurt beyond scratches & bruises (and ego). I managed to just limp the bike back to civilisation at night with no lights through the bush with major bike damage, but learnt the lesson about solo riding remotely! It would have been a long time waiting for help if I had been injured, or the bike wasn’t able to get me out.

Best Adventure Riding “moment”:
Two moments spring to mind. When you get as old as me (50+) the moments that stick in your mind involve getting your ego boosted as well J. Once I led a 2 day ride down towards Tenterfield with a group of about 8 riders via SE QLD ADV Riders. On the meetup morning, there were 2 guys who rode smaller Singles that I overheard looking at my big 1190 & commenting “They are not serious off road bikes, as they are too big & heavy”. I kept my mouth shut, but on day two of the weekend I took them on one of my favourite trails – a long gnarly single trail through the bush out the back of Tenterfield. I ended up getting a sunburnt head that day from all the times I stopped & took the helmet off waiting for them to catch up! The same thing happened on a huge muddy gnarly rutted hill on single trail out behind Woodenbong riding with all the guys on the small singles. I got to the top of the hill, and they didn’t arrive, when I walked back over the edge to see where they were, there was carnage everywhere where the guys on the smaller singles didn’t make up the hill.

What do you love the most about your KTM Adventure bike?
Summed up in a few words “Just blip the throttle, and hang on”. Seriously! In the last 3 years in ADV Bikes I have owned a BMW GS1200, a BMW GS800, a Triumph Explorer 1200. So I have a fair bit of experience on the current crop of big adventure bikes. I used to ride with a few guys on 990 KTM’s, and was always in awe of what they could do on them I could not do on my Adventure bikes. Once I got the KTM, I could do those things too and I found out the big KTM was in a league of its own as far as off road capability compared to all the other big Adventure bikes. I was doing things much faster & more confidently on the big KTM than I was on the other bikes, and even tackling off road obstacles at high speed I would not have even attempted on the others. The added bonus, is it is also a capable long distance tourer, even with my wife as pillion (who has been known to fall asleep on the back!) Having one bike that does it all so well is a major advantage. A friend described riding a KTM as “The harder you ride them, the better they handle” and I found that to be 100% true. Any time you think you are in trouble, you just pin it & hang on, and you then wonder why you were even concerned. Having 150+ HP, you can get into trouble very fast though, so they certainly demand respect.

Another unexpected bonus I’ve found with the KTM – I have crashed mine 30+ times off road, and apart from once breaking a $25 pannier bracket, all I have ever done is put a few scratches in it. The things are bulletproof! Compared to the other big ADV bikes, where a simple step off can cost you thousands in damage.

There is another guy I know who was an ex MX racer, and joined our ADV group after buying a 650 Single to get into ADV riding. Everyone had told him to get a smaller single, and not a big ADV bike. After one ride with me & another guy on a 990 KTM and seeing what the big KTM’s are capable of off road, he got rid of his single & got an 1190 himself and he loves it too. He was also a 2 bike owner prior to KTM, but has since sold his Sports bike as well, as he said the KTM is also a better sports bike than his sports bike was! I also used to own a KTM 990 Supermoto, and can confirm the 1190’s road handling capability being right up there with the sports bikes when fitted with appropriate tyres.

As for the fun factor, I have never owned a bike that puts a bigger smile on your face. They are just so much fun to ride. You just want to be out riding every moment you can.

What is it that you love most about adventure riding?
I just love the adrenaline buzz of a fast single trail, the challenge of negotiating some gnarly sections, the thrill of a controlled high speed drift on a dirt road, and also being able to take my wife as a pillion on a scenic day cruise on the bitumen. Being able to do all that on a single bike is fantastic. I love not having to trailer your bike to the dirt to go riding, and still enjoying the ride to the dirt as well.

I also find ADV riders to be a better breed of person! They are all easy to get on with, great company, and not the big ego’s that you often get with Sport Bike riders in particular. Adventure Bike riding is just as much about going places, and meeting people as the actual riding.

Where to next?
Just keep riding! 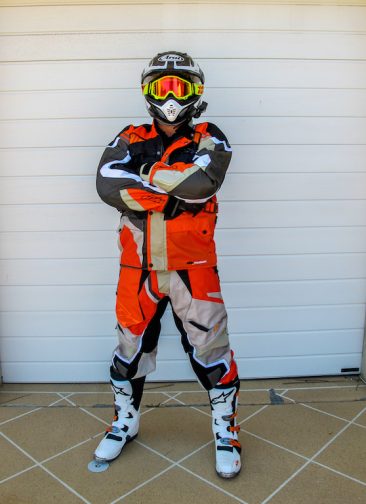 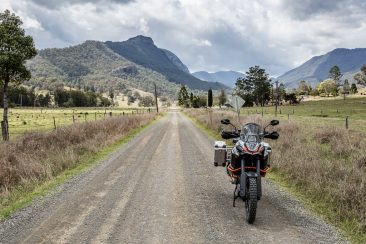 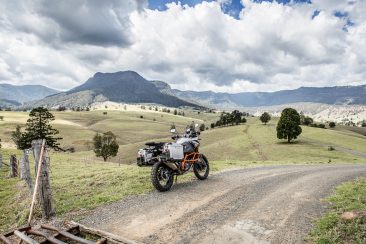 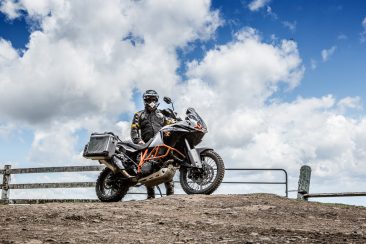 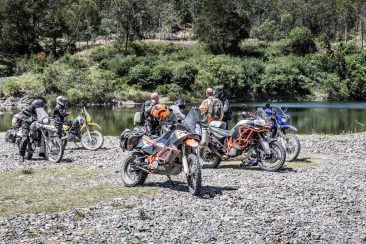 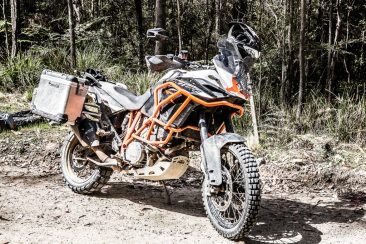 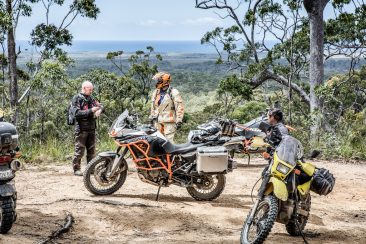 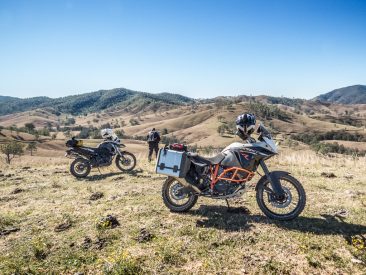 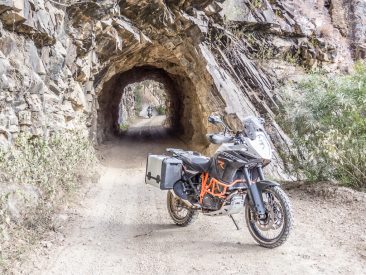 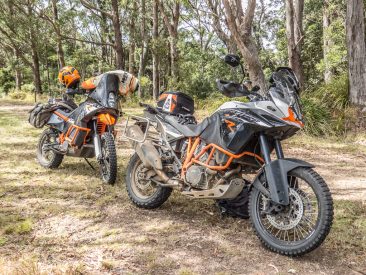 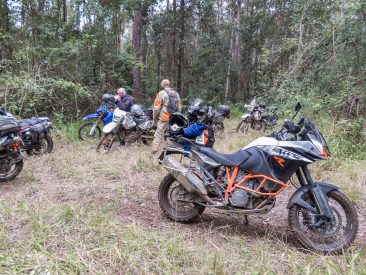 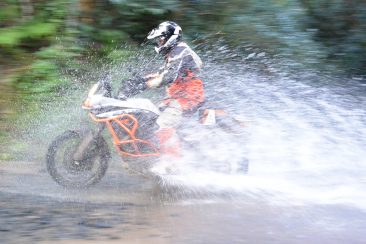 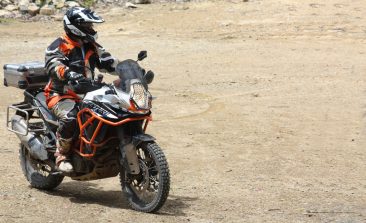 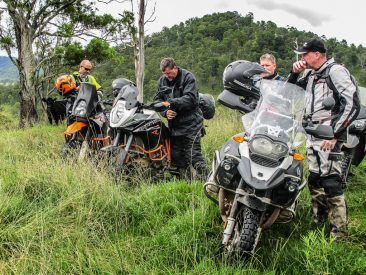 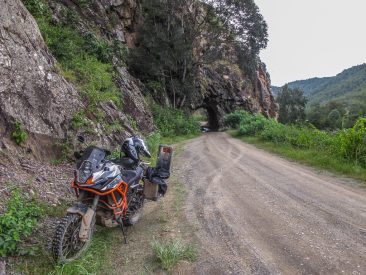 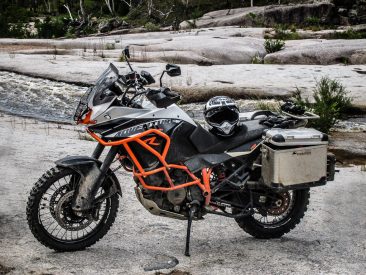 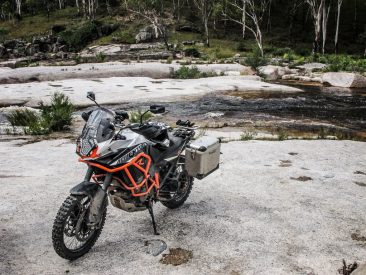