The Austrian racer Matthias Walkner went into the final Rally with just two points separating him and team colleague Pablo Quintanilla for the world title. A solid final stage put Walkner in a strong position to take advantage of a small mistake by his teammate to clinch the title at the final race event of the year, which is utilized as essential preparation for the Dakar Rally in January with the KTM 450 RALLY bike. With this success Matthias Walkner achieved something that is rarely seen even in professional sports: After winning the MX3 Motocross World Championship title in 2012 on a KTM factory bike, he clinched his second title in another important offroad racing series.

Unfortunately a number of KTM riders were struck down with a stomach bug, including Aussie Toby Price, and were forced to miss stages of the event, although valuable information was gathered and Antoine Meo made his Rally debut, as he makes the switch from Enduro racing.

Sam Sunderland concludes the season with second place in the World Championship and former KTM factory teammate Coma was third; in July the at that time championship leader announced his immediate retirement.

Matthias Walkner: “Luckily everything went extremely well for me today. I was able to take the lead at the 40km mark and then I really went for those final two points and managed to have a small advantage. I had to wait 15 minutes at the refueling stop and when Pablo did not arrive, I knew I was going well. I tried not to make any mistakes and more or less rode comfortably to the finish.”

Alex Doringer (KTM Rally Factory Racing Team Manager): “This was a great way to wrap up our season with Sam taking the victory in Morocco and above all, with Matthias wrapping up the world title in his first full year of competition with the team. Matthias did a fantastic job and improved dramatically in a very short time. We had our share of problems in Morocco, with a number of our team suffering stomach problems, but I think with these results we have more than proved that we are the best team in the world. As a team, manufacturer and company we can be very proud to now have an Austrian Rally World Champion.” 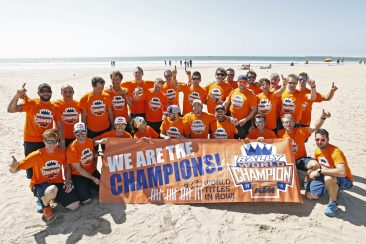 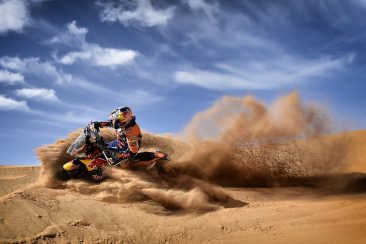 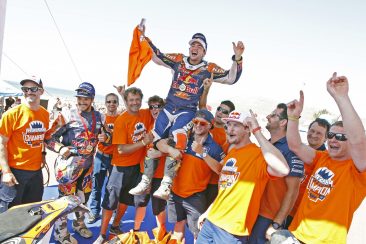